SA elect to bat in Galle 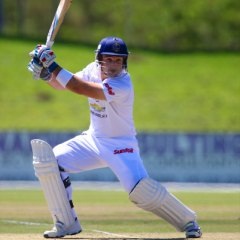 Galle - South Africa captain Hashim Amla won the toss and chose to bat in the first Test against Sri Lanka that began at the Galle International Stadium on Wednesday.

Amla is leading the Test team for the first time, having been named captain in June following Graeme Smith's retirement from the game.

Amla is the first non-white player to lead the Proteas in a full-time capacity.

The home team have a new opening pair this time with Upul Tharanga playing his first Test since 2007.

Get the newsletter
Voting Booth
Would you be keen to see the Springboks join the Six Nations?
Please select an option Oops! Something went wrong, please try again later.
Yes! The Northern Hemisphere is the future.
53% - 3852 votes
No! The Rugby Championship is still the pinnacle.
47% - 3478 votes
Previous Results
Showmax
The story of a legend: Sir Alex Ferguson