We gave it away, admits AB 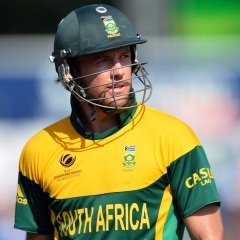 Pakistan won the second ODI by one run and also claimed an away series win over South Africa for the first time.

However, when De Villiers was dismissed with South Africa needing 35 off 39 balls, the home side went into panic mode.

They lost Amla in the penultimate over and then needed nine to win off the final six balls, with JP Duminy, David Miller and Ryan McLaren unable to finish the job.

De Villiers told the Cricket365 website that the most disappointing thing was that they "had the game in the pocket and then gave it away".

De Villiers also lamented a sub-standard performance in the field from his charges.

He said they were not disciplined with the ball and in their ground fielding. He concluded by saying there are a lot of questions to be asked after losing the series.

The third and final ODI will get underway in Centurion on Saturday.