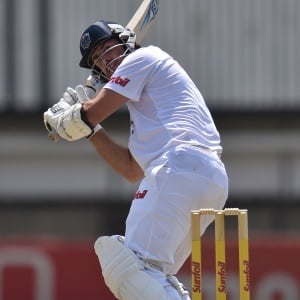 Cape Town - The Knights proved that there were no major gremlins in the Newlands surface as they methodically built up a huge lead over the Cape Cobras on day two of their Sunfoil Series encounter.

A high-profile Cobras batting line-up had been dismissed for just 146 on the first day after winning the toss and electing to bat, but the Knights had no such trouble as they reached stumps on the second day on 346 for five.

Although none of the Knights batsmen made more than Letlotlo Sesele’s 66, all but one of the top seven contributed and Tumelo Bodibe closed the day unbeaten on 53 while Werner Coetsee was 45 not out.

The Cobras had to do without Dane Paterson after he earned a late call-up to the South Africa 'A' squad - to stand in for Wayne Parnell - and was withdrawn overnight.

Paterson was replaced by Beuran Hendricks, who will have been pleased to get through 18 overs in a day in his first franchise game after a long injury lay-off, although he was unable to pick up a wicket.

The Knights had begun the day on 59 for one, and Sesele and Michael Erlank extended their partnership for the second wicket to 117 before the pair both fell in the space of three overs.

Dane Piedt was the bowler to make the breakthrough, trapping Sesele lbw with the Knights score on 120, before Erlank (45) suffered the same fate against Tshepo Moreki.

Any hope that the double breakthrough gave the Cobras was gradually erased in another impressive partnership, this time between Diego Rosier and Pite van Biljon.

They added 108 for the fourth wicket at a good rate, but once again it was Piedt who separated the partnership when he had Van Biljon (53) caught behind in the 80th over.

That gave the Cobras a crack at Bodibe with the new ball, but he stood firm. Rosier was the only one to fall victim to the second new ball, trapped lbw by Moreki for 61.

Thereafter the Knights built their third significant partnership - an unbroken 85 between Bodibe and Coetsee.