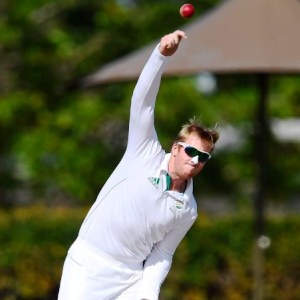 Cape Town - The Warriors missed a golden chance to get one hand on the Sunfoil Series trophy and instead had to settle for a dramatic draw against the Knights deep on the final day of their clash at Buffalo Park in East London on Sunday.

The hosts fell eight runs shy of what would have been an epic victory after ending on 248 for eight in 64 overs shortly after 5.30pm. They were chasing a target of 256 in the same number of overs they eventually faced.

The Warriors were competition leaders heading into round nine, but the draw, coupled by other results, meant they slipped down to second on the standings ahead of next weekend’s finale.

They still have a fair chance of winning their first-ever four-day title in the franchise era, but missed a big chance against the Knights, although they may well look at the result in another way – as having escaped with a draw.

But Werner Coetsee claimed six for 71 to turn the tables and leave the home side on 185 for seven.

At that stage, defending champions the Knights looked like they were heading for the title, but a stubborn unbeaten 35 from Simon Harmer denied them.

Earlier, the spinner claimed three for 82 as the Central Franchise moved from their overnight 87 for three to 248 for eight declared.

Anrich Nortje was also amongst the wickets with four for 57, while Patrick Kruger top-scored with 87 (107 balls, 15 fours).

It set up a wonderful afternoon of cricket, which ended with the home side taking 5.6 points to the visitors’ 5.8.