Massive week ahead for the Cobras 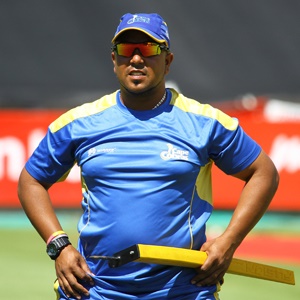 Cape Town -  Cape Cobras coach Paul Adams admits his side face a big week ahead as they try to turn around their faltering season with three T20 Challenge matches, the first of which is against the Titans at Boland Park in Paarl on Wednesday.

The Capetonians saw their winless start to the season stretched to six matches when they were beaten by the Knights in the tournament opener on Saturday. That added to the failure in their Sunfoil Series, where they are without victory in five games.

“It’s a big week for us because these games come thick and fast,” Adams said. “Being at home now, we really need to get stuck into it.

“We’ve done a bit of reflection on the game that we played and looked at some areas where we can improve. Hopefully that will happen after the weekend.”

The Cobras are also scheduled to take on the Warriors and Highveld Lions later this week.

Adams conceded it was important for them not to lose hope, particularly in a tournament of 20-over nature where one win can easily swing the whole picture around. “It’s been a tough start to the season, but we need to make sure we just keep our heads up and get that win,” he added.  “That’s what we’re focussing on. I think we’re not far away from clicking.”

Spin bowler Mafinki Serame from South Western Districts has been added to their squad for the clash.

Titans coach Mark Boucher, meanwhile, oversaw an excellent bonus-point win over the Lions in their opening game. “We all know we didn’t start the season well, but then we bounced back well towards the latter part of the Sunfoil Series (first-round matches) and I think we carried that momentum in this competition,” he said. “So it was a good start and a clinical performance, but there’s plenty still to do.”

Boucher added that they were well aware of the troubles of their opponents, but were equally mindful of the uncertain nature of T20 cricket. “This format is a lot tighter and can sway either way, so we’re know they are very capable of winning,” he concluded.