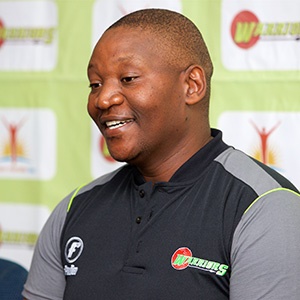 Cape Town - Warriors assistant coach Mfuneko Ngam is seeking further improvement in their final two CSA T20 Challenge matches this weekend even though they were massively impressive in their last two games.

The Eastern Cape franchise climbed to second on the competition standings when they smashed the previously second Highveld Lions by nine wickets and with a bonus point on Wednesday.

This after edging the top-of-the-table Cape Cobras a few days earlier.

Now they are looking forward to a strong finish to the regular season, first against the Dolphins at St George's Park in Port Elizabeth on Friday, followed by another home match in East London against the Knights on Sunday.

"Amidst the frustration of the rain, the guys have played two good games of cricket and that has really excited us," Ngam said.

"I think we're gaining that momentum and energy just at the right time as the competition heads towards those play-offs.

"The Warriors were inch-perfect at the Wanderers Stadium in Johannesburg on Wednesday as they restricted their hosts to 144 for six, before half-centuries by Matthew Breetzke and Gihahn Cloete saw them motor their way to victory.

"It was a fantastic effort all-round," Ngam reflected. "The guys bowled beautifully up front and restricted the Lions to 140-odd.

"Then, when we batted, it was nice to see young Matthew Breetzke play as well as he did. We could not have asked for more from the boys. I think if we can just improve by one percent from what we did against the Lions, we'll be happy."

Their remaining games are against the competition's bottom two sides, who have won only one match between them.

The Dolphins are second bottom and the Knights are last, but Ngam says both can be dangerous on their day.

"Every game from now on is a final," he added. "We're taking it one game at a time.

"If you look at the Dolphins and Knights, they're not bad sides. We have the Dolphins first and they have always given us good games in the recent past.

"The Knights have been really unlucky with the weather. We've had four rained out matches and they have had five.

"But I think a one percent in improvement in those games will be pleasing."

Both weekend opponents look unlikely to progress at this stage. Both need to win their remaining games and hope the fourth-placed Titans, also the defending champions, fail to win in round nine and 10. That though is a big expectation considering Mark Boucher's side are at home twice over the weekend.

Meanwhile, Cricket South Africa (CSA) have confirmed that both semi-finals for the competition will be played on May 1.

The first game will begin at midday and the second at 16h30.