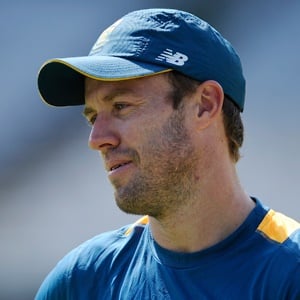 According to Cricinfo, De Villiers' management has informed the Australian franchises that had expressed interest in his services that he is not available.

The 35-year-old had been heavily linked with a move to the Sydney Sixers in a big-money deal that was reportedly worth R3.5 million.

That money would have been raised by the franchise, Cricket Australia as well as the broadcasters.

De Villiers was only ever expected to join for the second half of the 2019/20 tournament given his participation in the Bangladesh Premier League, but now it is understood that he has removed himself from the running completely.

The BBL is under pressure to improve television ratings this year, and signing big name players is one avenue that event organisers are exploring with interest in an effort to generate more interest.

The report adds that West Indian star Andre Russell is another player who has been earmarked as a potential signing and that he would come with a similar price tag to De Villiers.

We live in a world where facts and fiction get blurred
In times of uncertainty you need journalism you can trust. For only R75 per month, you have access to a world of in-depth analyses, investigative journalism, top opinions and a range of features. Journalism strengthens democracy. Invest in the future today.
Subscribe to News24
Related Links
CWC 2019 team profile: Afghanistan
Tahir edges Rabada to finish as IPL's top bowler
England's Buttler has no plans to wait around
Next on Sport24
BIG READ | Unions fleeced CSA coffers, owe R150m in unpaid loans