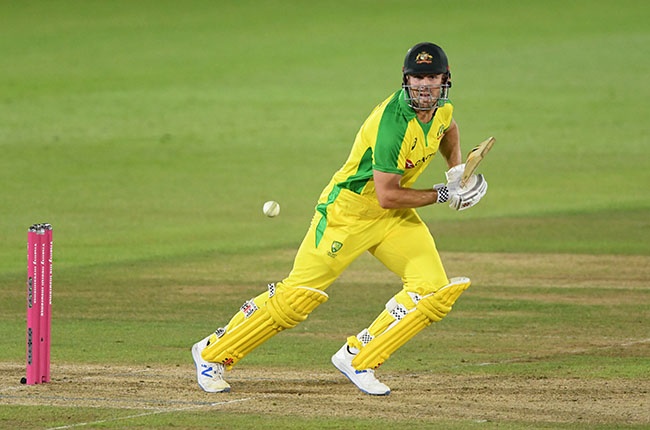 Australia all-rounder Mitchell Marsh is to play for Middlesex in their 2021 Twenty20 Blast campaign, the English county announced Monday.

Marsh had been scheduled to play for Lord's-based Middlesex last season but that decision was cancelled following the impact of the coronavirus pandemic.

But the 29-year-old fast-medium bowler and hard-hitting batsman has accepted Middlesex's offer to re-join the club for the 2021 season.

He will team-up with Afghanistan spinner Mujeeb ur Rahman as Middlesex's second overseas signing for the domestic T20 campaign.

"I'm thrilled to be joining Middlesex again, a club with such rich history," said Marsh in a club statement. "I can't wait to get over and join my team-mates and hopefully win some silverware for the club."

A veteran of over a hundred appearances for Australia across all formats, including 15 Twenty20 internationals, Marsh has also played in several leading franchise T20 competitions around the world.

During the recent Australia season, Marsh helped take the Perth Scorchers to the final of Australia's Big Bash League, averaging almost 40 with the bat.

Middlesex head coach Stuart Law, himself a former Australia batsman, welcomed Marsh's signing by saying: "It will be great to have a player like Mitch in our squad for the T20 Blast this year.

"On field, he provides experience, power and aggression, while off the field, will be great in a team environment and will add to the change in the dressing room we are after."

We live in a world where facts and fiction get blurred
In times of uncertainty you need journalism you can trust. For only R75 per month, you have access to a world of in-depth analyses, investigative journalism, top opinions and a range of features. Journalism strengthens democracy. Invest in the future today.
Subscribe to News24
Related Links
IPL could compromise integrity of upcoming Proteas-Pakistan series
CSA's interim board granted two-month extension
Proteas set for historic limited-overs tour to Ireland
Next on Sport24
Lions claim T20 Challenge title after downing Dolphins