Sydney - Cricket Australia on Thursday reappointed its controversial chairperson David Peever, before the release of two reviews prompted by a ball-tampering scandal that sullied the sport's reputation during his tenure.

Peever, a polarising figure criticised for his handling of a bitter 2017 pay dispute, is the one of the few senior executives left standing at the organisation after this year's ball-tampering fiasco.

The scandal involved Australian players using sandpaper to alter the flight of the ball in a Test match against South Africa last March.

Coach Darren Lehmann quit in the wake of the uproar and then-captain Steve Smith, deputy David Warner and batsman Cameron Bancroft were banned from the game.

Cricket Australia on Wednesday said that team performance boss Pat Howard would step down next year.

Peever's re-election came as the governing body reported a return to profit, boosted by a massive six-year television and digital rights contract.

Australian cricket's governing body reported a surplus of A$8.3 million for the year ending June 30, after incurring a deficit of A$50.8 million in the previous 12 months.

The two reviews into the state of the game commissioned post-South Africa - one focusing on the culture within Cricket Australia and the other into the team - will be released on Monday. 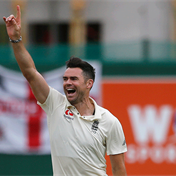