Dhaka - Brian Chari scored a half-century but Bangladesh made crucial breakthroughs to leave Zimbabwe struggling at 100 for 3 at lunch on the third day of the second Test in Dhaka on Tuesday.

Resuming on 25 for 1 and replying to Bangladesh's mammoth 522 for 7 declared, Chari led Zimbabwe's resistance hitting 53 off 128 balls before he was snared by off-spinner Mehidy Hasan on the stroke of lunch.

Mominul Haque took the catch at short leg that was confirmed by ultra-edge after Bangladesh reviewed the initial not out decision.

Debutant pace bowler Khaled Ahmed was unlucky not to get Chari's wicket after Taijul dropped the batsman on 19 at point.

Khaled also tested Chari with his bouncers, hitting the right-hander twice on his helmet before Mehidy finally unsettled him.

Chari was dropped by Mahmudullah Riyad at leg slip just before his dismissal but Mehidy ensured the home side did not regret the miss.

Experienced batsman Brendon Taylor was batting on 19 at the break alongside Sean Williams who has just a single to his name so far.

Zimbabwe, who won the opening Test in Sylhet by 151 runs, need only a draw for their first Test series win in seven years.

We live in a world where facts and fiction get blurred
In times of uncertainty you need journalism you can trust. For only R75 per month, you have access to a world of in-depth analyses, investigative journalism, top opinions and a range of features. Journalism strengthens democracy. Invest in the future today.
Subscribe to News24
Related Links
England face selection dilemma for 2nd Test
Mushfiqur cherishes dual role after record feat
Albie Morkel to lead Durban Heat in MSL
Next on Sport24
Bumrah claims 100 IPL wickets, AB fails as Mumbai down Bangalore 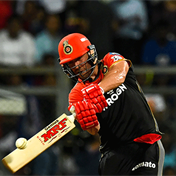