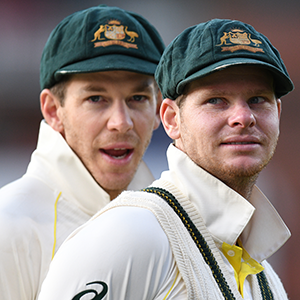 Cricket Australia (CA) is confident of hosting a safe and successful summer after announcing its 2020-21 men's and women’s international schedule.

The anticipated arrival of India to play the Australian men’s teams across all formats, as well as the return of Australia’s all-conquering women’s team, are among the highlights scheduled for this summer.

The international summer Down Under will start with the men's team playing three ODIs against Zimbabwe in August, but those fixtures are subject to change due to the coronavirus pandemic. The Australia women's side will start their season with a T20I series at home against New Zealand in September.

CA CEO, Kevin Roberts said: "While acknowledging the difficulty in navigating a global pandemic, we are nonetheless encouraged by the progress Australia is making in combating the coronavirus and the positive impact that is having on our ability to host an exciting summer of cricket in 2020-21.

"We know that circumstances or events beyond our control could mean that the final schedule potentially may look different to the one released today, but we’ll be doing everything we can to get as much international cricket in as possible this summer.

"We will communicate any changes to the schedule if or when they are required.

India are scheduled to play three T20s, three ODIs and a four-match Test series starting in December with two countries' women's sides also set to do battle. Roberts continued: "We are working closely with the BCCI to deliver the eagerly anticipated men’s and women’s tours, and we are looking forward to staging the important series against both the men’s and women’s New Zealand sides.

"The Australian men’s team recently claimed the No. 1 Test ranking after India had held top spot for almost four years."The Border-Gavaskar series is one of international sport’s great rivalries and this will no doubt be another enthralling chapter.

“Another highlight this summer will be the return to action of the Australian women’s team.

"Their last match, of course, was the history-making, record-breaking T20 World Cup final at the MCG.

"We’re confident more Australians than ever will be keenly following our elite female cricketers this summer."