England announce India series as they target fans' return in 2021 The England and Wales Cricket Board (ECB) said on Wednesday it hoped spectators would return to matches next year as they announced a full international programme for 2021 culminating with a five-Test series at home to India.

Unlike this year's coronavirus-hit schedule, where a full set of men's international matches were played behind closed doors at Old Trafford and Southampton, the ECB is now planning to take fixtures all around the country as in a normal year.

The centrepiece of next year's programme is a Test series against India in August and September, with matches at Trent Bridge, Lord's, Headingley, the Oval and Old Trafford.

Meanwhile, white-ball series against Sri Lanka and Pakistan are scheduled throughout June and July, with fixtures also due to take place at Durham, Edgbaston, Bristol and Cardiff.

It is possible that more games could be added amid uncertainty over whether the planned 2021 World Test Championship final will go ahead after several qualifying matches this year were cancelled because of the Covid-19 outbreak.

Any additional fixtures could take place at Southampton's Ageas Bowl, not included in the provisional schedule despite its key role in 2020.

England all-rounder Moeen Ali, speaking via conference call from Cape Town ahead of white-ball series against South Africa, welcomed the planned return of spectators by saying: "I think the most important thing for us is to play in front of crowds.

"It's huge - you realise how much you miss them, the extra motivation they give you when you're playing, going round the country.

"If the fans could come in next year that would be amazing. I think players all over the world are missing the fans a lot."

An optimistic Tom Harrison, the ECB chief executive, added: "It's an exciting prospect for England fans and, while Covid means there's still a great deal of uncertainty, we really hope to be able to welcome fans back into the grounds safely next year to bring that unique atmosphere to stadia across the country."

England will arrive in Karachi on 12 October, playing two T20s on 14-15 October before both teams depart for India ahead of the T20 World Cup.

The series follows Pakistan' widely praised tour of England earlier this year amid the pandemic.

"As was demonstrated this summer, we have a strong relationship with the PCB (Pakistan Cricket Board) and the ECB is delighted to be able to play our part in ensuring the safe return of international cricket to this wonderful nation of passionate cricket fans," said Harrison, underlining however that safety concerns would remain "paramount".

Dates and venues have yet to be fixed for the England women's team but the ECB has said that South Africa and New Zealand are both expected to travel for 50 and 20-over series.

We live in a world where facts and fiction get blurred
In times of uncertainty you need journalism you can trust. For only R75 per month, you have access to a world of in-depth analyses, investigative journalism, top opinions and a range of features. Journalism strengthens democracy. Invest in the future today.
Subscribe to News24
Related Links
England cricketers to tour Pakistan for first time since 2009 attack
England Covid-19 tests all return negative after arrival in Cape Town
6 Proteas looking to make their mark as international cricket returns to SA
Next on Sport24
CSA company secretary Welsh Gwaza suspended, set to face disciplinary hearing 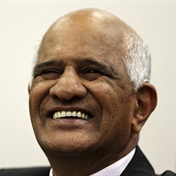