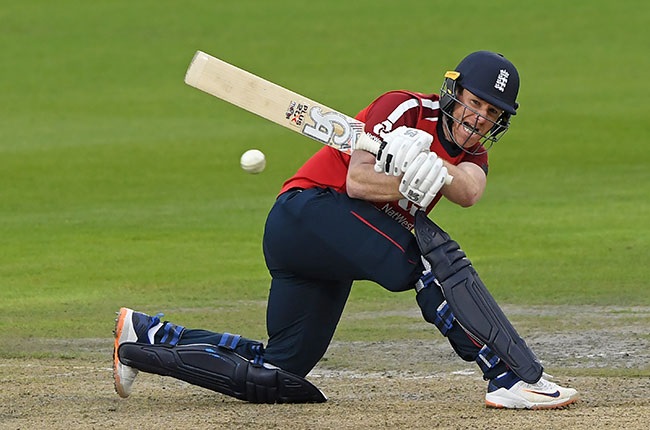 England's World Cup-winning captain Eoin Morgan is set to retire from international cricket, with an official announcement expected as soon as Tuesday, according to the BBC.

Under Morgan, England won the 2019 50-over World Cup - their first major global limited overs title - and reached the top of the one-day and Twenty20 rankings.

But the 35-year-old Dublin-born batter has been struggling with form and fitness issues this year.

He was twice out for nought during the recent ODI series away to the Netherlands in Amstelveen and withdrew from the third match with a groin issue.

England face India in a three-match T20 international series starting on 7 July, while the T20 World Cup in Australia begins in October.

If Morgan does indeed step down ahead of the 2023 50-over World Cup in India, vice-captain Jos Buttler would appear to be the favourite to replace him as England's white-ball skipper.

But he has made just two fifties from his past 28 international innings across the two white-ball formats.

Prior to the Netherlands series he confessed to feeling his age and struggling to recover physically form matches, telling Sky Sports: "If I don't think I am good enough or I don't feel I am contributing to the team, then I will finish."

Morgan switched allegiance from his native Ireland in 2009, having forged an English county career with Middlesex.

He was a pioneer in becoming an England white-ball specialist after calling time on a 16-Test career featuring two hundreds that ended in 2012 to concentrate on the shorter formats.

A dynamic middle-order batter, Morgan was also a trailblazer in the English game with his then unusual ability to hit the ball to all parts of the ground.

He succeeded Alastair Cook as England's ODI captain on the eve of the 2015 World Cup in Australia, where the team suffered a humiliating first-round exit.

Despite that reverse, Morgan remained in post and together with former England head coach Trevor Bayliss oversaw the side's transformation into a major force in limited-overs cricket.