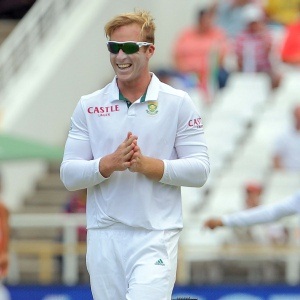 Cape Town - Proteas spinner Simon Harmer has extended his Kolpak deal with Essex, keeping him at the English club until the end of the 2019 season.

Harmer, 28, signed a two-year contract extension on Sunday after taking nine wickets in the County Championship.

Harmer last played for the Proteas on their 2015 tour of Bangladesh after making his Test debut for South Africa in January 2015.

The off-spinner has gone on to make five Test appearances for his country, taking 20 wickets at an average of 29.40 with best match figures of 7/153.

Essex Cricket head coach, Chris Silverwood, was thrilled to see Harmer extend his contract, telling the club's website: "Simon has fitted into the squad brilliantly both on and off the pitch.

"His capabilities with bat and ball are there for all to see and he has also been an excellent influence on our younger players passing on his experience.

"Hopefully as the pitches get harder and drier across the course of the summer, we will see Simon come to the fore and make match-winning contributions regularly."

Harmer did not think twice about signing a new contract, saying: "Ever since I linked up with the squad in Dubai, everything has been great. Everyone at the club has made me feel welcome, so I had no hesitation in committing my future to Essex.

"I see my long-term future in England and I can't envisage a better place to do it than here in Chelmsford."

We live in a world where facts and fiction get blurred
In times of uncertainty you need journalism you can trust. For only R75 per month, you have access to a world of in-depth analyses, investigative journalism, top opinions and a range of features. Journalism strengthens democracy. Invest in the future today.
Subscribe to News24
Related Links
CSA announces 'top-up' contract players
Bavuma joins Cape Cobras
Million-dollar Stokes hits maiden T20 century
Next on Sport24
Brilliant super over by Magala keeps Lions alive in T20 Knock Out