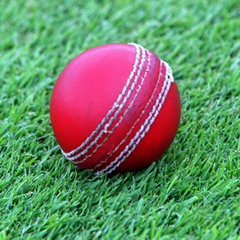 London - Umpires will have greater discretion over what constitutes a dangerous delivery from 2019, Marylebone Cricket Club (MCC) announced Wednesday.

The umpires will have more flexibility over whether a beamer - a delivery aimed at the batsman's head - is deemed to be dangerous.

It marks a major rethink by the MCC, the guardians of the laws of cricket.

In October last year, a new definition of Law 41.7 deemed that any delivery on the full above a batsman's waist was deemed to be an illegal no-ball that would see the fielding side penalised one run, regardless of the speed with which it was delivered.

The revised ruling also reduced the number of warnings given before a bowler had to be removed from the attack for bowling dangerous deliveries from two to one.

The rules had been changed to discourage deliberate targeting of a batsman but MCC they had received "almost universally negative" feedback that the new sanctions were "overly severe", especially to younger bowlers.

"MCC has listened to that feedback, and changed the Law with the objective of creating a better and fairer Law, while maintaining the core aim of improving player safety and enjoyment," said MCC in a statement.

The altered law will come into effect from April 1, 2019, in time for the start of the English summer, when umpires will "use their best judgement to determine whether a delivery is dangerous".

Law 41.6, which applies to short-pitched fast bowling - bouncers - is unchanged.

We live in a world where facts and fiction get blurred
In times of uncertainty you need journalism you can trust. For only R75 per month, you have access to a world of in-depth analyses, investigative journalism, top opinions and a range of features. Journalism strengthens democracy. Invest in the future today.
Subscribe to News24
Related Links
Wiese looking to rock the Mzansi Super League
Mzansi Super League to be broadcast in India, sub-continent
Former Sri Lanka cricket star enters politics
Next on Sport24
Pakistan's Azhar, Fawad stand firm as Proteas toil in Karachi