McCullum: Taylor was 'suspicious' of Hesson

Cape Town - Former New Zealand captain Brendon McCullum has written in his autobiography that batsman Ross Taylor was never accepting of coach Mike Hesson, and that communication between them was poor.

McCullum took over the captaincy from Taylor in 2012 when Hesson was appointed coach, and while the team went on to great success under the duo, the move was seen as a nasty 'coup' by fans and the media.

But McCullum says Taylor, who is still in the team Hesson coaches, was resistant to outside input, and was 'suspicious' of Hesson from the start, and they never worked well together.

McCullum wrote in 'Declared': "It seemed to me that, right from the start, Ross was suspicious of Hess's motives.

"So instead of taking Hess on his merits, Ross seemed already closed to him.

"I knew there had been a bit of talk behind the scenes after Hesson's appointment, and that some were seeing a conspiracy.

"It wasn't a very complicated scenario they were pushing: that my mate Stephen Fleming had influenced the selection board to give the coaching job to my other mate Mike Hesson, whose ultimate goal was to replace Ross as captain with me."

McCullum goes on to write that Taylor would shut down in team meetings, even though Hesson would try to make him feel included and valued.

"At these meetings, Mike would canvass everyone's thoughts, and then try to hand it back to Ross to synthesise what was out there, tell us the way he wanted to go forward, put his stamp on it," said McCullum.

"All Ross had to say was, 'Thanks lads, that's awesome and this is the direction we're going based on your thoughts. I'm the skipper, this is what we're doing and I need you all to buy into it.'

"Ross would say nothing. Not a word. What the hell was he thinking? I had no idea.

"Ross is a reasonably trusting guy in most circumstances, so someone must have been telling him to watch his back. Whatever, he put the shutters up against Hesson.

"A quiet guy at the best of times, going further into his shell didn't help - he'd surface with angry outbursts, instead of a coherent plan." 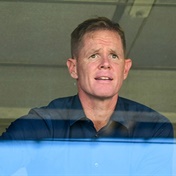