Oz have work cut out ahead of SA series Sydney - Australia captain Steve Smith admits they have their work cut out after their 3-0 Test series loss to Sri Lanka, but says it'll be a different ball game on home soil against South Africa.

Smith and his colleagues pull on their pads on Tuesday for day-night Sheffield Shield domestic games with several players needing to impress before the first Test against the Proteas starts in Perth on November 3.

Former Australia captain Mark Taylor recently claimed only five members of the current Test side, which went down 3-0 in Sri Lanka in September, were assured of their places.

The skipper admitted that Australia's latest performances had been poor, with the one-day team whitewashed 5-0 by South Africa following the Sri Lanka hammering.

"Results haven't gone our way in the last couple of months but that's the game of cricket sometimes," he said in comments published by The Australian on Tuesday.

"You have to move on and try and improve. I was disappointed with the way we played in Sri Lanka. We probably let a few opportunities slip so we've got to move forward and try to improve in those conditions. There's a lot of work to do there."

But Smith, himself under the microscope after Australian great Steve Waugh said his captaincy would be closely monitored in the summer Test series against South Africa and Pakistan, insisted it would be different on Australian soil.

"I'm comfortable with where we're at back in Australia. We've played good cricket here in the past and hopefully we can continue to do that this summer."

The squad for the three-Test South Africa series is set to be announced on Friday with the likes of batsmen Shaun Marsh and Adam Voges, all-rounders Mitchell Marsh and Moises Henriques, and spinners Nathan Lyon and Jon Holland keen to prove their form.

Smith said he believed selectors were close but still had not decided on an XI for the first Test.

"I'd say they want to see a few guys play the first couple of days in the Shield game then be settled," he said. "I don't think they are too far off."

As well as Perth, Australia face South Africa in Hobart and Adelaide before a home Test series against Pakistan in Brisbane, Melbourne and Sydney from December 15. 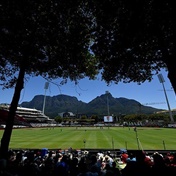