Birmingham - Pakistan coach Mickey Arthur is desperate to see a greater return from his top-order batsmen in the third Test against England at Edgbaston starting Wednesday.

England levelled the four-match series at 1-1 with a crushing 330-run win in the second Test at Old Trafford - a margin of victory that was testimony to the tourists' batting woes.

It was all a far cry from Pakistan's 75-run win in the first Test at Lord's, which featured an inspiring century from captain Misbah-ul-Haq.

Poor starts have been a problem for Pakistan in this series.

But Mohammad Hafeez and Shan Masood are not the first Pakistan opening pair to struggle in English conditions.

Indeed you have to go back to 1996 for the last time a Pakistan first-wicket duo put on a 50 stand in a Test against England in England.

"There are credible losses, and there are losses when you lie down and are steamrollered ... Old Trafford was clearly that.

"I told the guys I thought we were warriors at Lord's. We were completely the opposite at Old Trafford."

Masood has become something of a 'bunny' for James Anderson, England's all-time leading Test wicket-taker.

He has fallen six times for just 15 runs in 57 balls to Lancashire paceman Anderson dating back to last year in the UAE.

Pakistan could promote number three Azhar Ali to open and bring Sami Aslam, yet to feature this series, into the side in place of Masood.

"We've had discussions. We've given that position some serious thought," said Arthur.

"We're very clear on what we're going to do this Test, but it's not for public consumption."

The South African added: "It has been a worry."

Seeing Pakistan's top order edge into the England slip cordon has become a common sight this series and Arthur said: "Batsmen are going to get out - but when there is a trend that develops, that's when it is concerning for us as support staff."

England, however, also look vulnerable at the top of the order if Pakistan can find a way past home captain Alastair Cook and Joe Root, who both made hundreds at Old Trafford.

James Vince and Gary Ballance are both in need of runs to cement their respective places and Arthur said: "We feel if we can get into them with the new ball, we've got a real good chance.

"Clearly Cook and Root are the beacon of England batting at the moment."

Pakistan leg-spinner Yasir Shah took 10 wickets at Lord's but only managed one at Old Trafford.

However, Edgbaston has a reputation as a spin-friendly surface and Shah, still very much in the infancy of his Test career, will look to get back to his best this week.

England must decide whether to play two spinners, with leg-break bowler Adil Rashid waiting in the wings for a home debut, most likely in support of off-spinner Moeen Ali.

They will have to make at least one change after all-rounder Ben Stokes was ruled out with a calf injury suffered at Old Trafford.

The 27-year-old Warwickshire favourite, now looking forward to a first Test appearance on his Edgbaston home ground, has been a revelation in England's four home Tests this term.

He has taken 26 wickets and scored 221 runs in a series of fine all-round displays.

It's all a far cry from the first six matches of his Test career, with Woakes managing just one wicket for 144 runs against South Africa at Centurion in January.

"I'd played six Tests and taken eight or nine wickets - which isn't a record you want to shout about," said Woakes at an event.

"(I was thinking) 'I can do it at first-class level, why am I not showing it at the next level?'

"You obviously have doubts about yourself ... but it's amazing what six months can do for you."

We live in a world where facts and fiction get blurred
In times of uncertainty you need journalism you can trust. For only R75 per month, you have access to a world of in-depth analyses, investigative journalism, top opinions and a range of features. Journalism strengthens democracy. Invest in the future today.
Subscribe to News24
Related Links
Spin-heavy SL eye series win against Oz
Johnson signs for Big Bash
Rahane ton helps India build huge lead
Next on Sport24
ANALYSIS | CSA launches new season this week but in what state is cricket currently in? 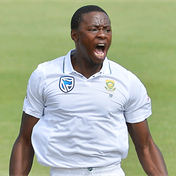