New Delhi - India's star all-rounder Hardik Pandya is known for his explosive batting but it was his bowling partnership with brother Krunal that took Mumbai Indians to the top of the IPL table at the end of the group stage.

Hardik, who will be a key member of India's World Cup team in England, dismissed Kolkata Knight Riders danger men Chris Lynn and Shubman Gill in consecutive overs to break up a threatening partnership and earn the man-of-the match award late Sunday.

Big brother Krunal gave away just 14 runs from his four overs of slow left-arm bowling as Kolkata were restricted to 133-7 off 20 overs.

Mumbai made 134-1 in 16.1 overs for a crushing nine wicket victory that set up a playoff game against defending champions Chennai Super Kings on Tuesday.

While Mumbai captain Rohit Sharma made an unbeaten 55 to lead the run-chase, credit went to the team's bowlers.

Delighting in the recognition of his right-arm medium pace, Hardik Pandya predicted the game against old rivals Chennai would be a "cracker".

"To be honest as a batsman, there is nothing better than hitting a ball. People don't expect a lot from my bowling, neither do I, but it feels nice," the 25-year-old said after picking up his award.

"When you can do something people are not expecting with our bowling, I'm happy."

And Pandya said he was ready to strike again as a bowler for Mumbai - as they stake a claim to become the first team to win four Indian Premier League titles - as well as India.

"I definitely look at myself as a four-over bowler, I am ready to do whatever my team wants me to do, bowl four, 10 or even 15 overs in a Test match," he said.

Sharma praised the whole team for using the Wankhede stadium pitch to vary the attack against Kolkata.

Mumbai made a quiet start to the T20 league but won three of their last five games while defending champions Chennai lost three of theirs.

"We always come back well in the second half of this tournament," said Sharma.

"In all the three trophies that we've won, the boys have picked themselves up in the business end. IPL is a funny tournament, any team can beat the other on their day."

The winner of Tuesday's game will go straight into the IPL final in Hyderabad on Sunday.

The loser will take on the winner of Wednesday's elimination game between Delhi Capitals and Sunrisers Hyderabad for the second place in the final. 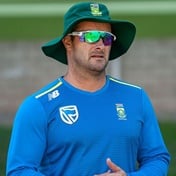