Cape Town - The Proteas women have set aside their 2-1 One-Day International (ODI) and T20 series losses against England and have turned their focus to the upcoming three-match ODI & T20 series against West Indies starting tomorrow.

The ODI series in its entirety, will take place in East London from 24 to 29 February. All three matches will form part of the ICC Women’s Championship, the qualification tournament for the 2017 ICC Women’s World Cup in England.

The T20s will be played as televised double-headers with the Proteas men versus Australia in Durban, Johannesburg and Cape Town from 04 to 09 March 2016.

Coach, Hilton Moreeng is satisfied the game time the team has had during the England tour is sufficient preparation for West Indies and believes that the side is motivated to win both series and enter the ICC World T20 on a positive note.

“The confidence in the team is high, despite the lost series against England,” he said. “We saw some really good performances by the team and even clinched two matches against a very strong English side. Yes, it was disappointing the way that we lost both series against England, but we are confident coming into this tour against the West Indies because we have prepared well for it. We’re looking forward to a good contest.”

South Africa have made just one change to its ODI squad, replacing Sinalo Jafta with Odine Kirsten and have kept the T20 squad the same. Moreeng believes the teams are well-balanced enough to compete positively and strongly against the solid West Indian side.

“As far as injuries are concerned, we are free from those thankfully,” he continued. “I’m very happy with the squads that have been selected for these series. The players of both teams know one another very well and have played against each other a few times, including in the Women’s Big Bash in Australia most recently. I believe we have a good, strong team that will take on the Windies in the ODIs and the T20s. We just had a look at the pitch and it looks like a very good wicket. We are definitely in for some very exciting matches.” 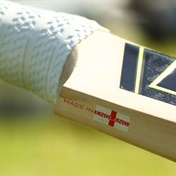