Mohali - Skipper Rohit Sharma on Wednesday became the first batsman to hit three double centuries in one-day internationals as he powered India to a 141-run win over Sri Lanka in the second match on Wednesday.

Sharma's unbeaten 208 steered the hosts to an imposing 392-4 and then restricted Sri Lanka to 251/8 to level the three-match series at 1-1 in Mohali.

His epic knock, laced with 12 sixes and 13 fours in 153-ball stay, led the Indian charge after they were invited to bat first in overcast conditions.

Sharma reached 200 in the 50th over, bowled by opposition skipper Thisara Perera. His first hundred came off 115 balls, and his second off just 38 balls.

"It was a great day. Winning the game was important for me and the team after that loss in Dharamsala," Sharma said after his first win as Indian captain.

"In the first two 200s as well I got the century in the 38th over and I kept telling myself to hold my shape and hit through the line.

"I did pretty similar things in the earlier ones too - getting 50 off 70 balls. This wicket was superb to start off, the longer I stayed the easier it became to bat on," said Sharma.

The right-hander scored 209 against Australia in Bangalore in 2013, and followed that double-hundred with his highest score of 264 against Sri Lanka a year later in Kolkata.

Sharma made a bright start with his opening partner Shikhar Dhawan (68) after the Indian batsmen's horror showing in the opening ODI, when they were skittled out for just 112.

"All three came at crucial times. 264 is obviously very close to me. I've said it many times, but I honestly cannot pick one," Sharma said of his three double tons.

"The Australia one was a decider, the Sri Lanka 264 - I came back after a three-month layoff after a big injury, and this one also - after a humiliating loss, we wanted to come back as a team, as a batting unit especially."

Sharma's 213-run stand for the second wicket with Shreyas Iyer, who scored 88, also stood out on a hazy day in Mohali.

Dhawan, who hit nine boundaries during his 67-ball knock, was caught at mid-wicket off Sachith Pathirana.

The wicket though proved to be a minor blemish on India's innings as Sharma dominated the bowlers with the attack-minded Iyer for company.

Iyer also changed gears after completing his maiden fifty in just his second ODI, smashing the Sri Lankan bowlers around the park.

Perera got three wickets with his medium-pace bowling but was still hit around the park by Sharma.

Sri Lanka were never in the chase after losing their openers for just 30 runs as Angelo Mathews top-scored with an unbeaten 111. Leg-spinner Yuzvendra Chahal claimed three wickets.

"We had a plan A, B and C but none of that clicked for us which was the most important thing," said Perera.

"If you want to chase a score as big as this, you need starts and scores in the middle order as well. But none of it clicked for us.

"Angelo did really well for us, but it wasn't enough. We'll come back hard in the decider," he said.

The third and deciding match will be played in Visakhapatnam on Sunday.

We live in a world where facts and fiction get blurred
In times of uncertainty you need journalism you can trust. For only R75 per month, you have access to a world of in-depth analyses, investigative journalism, top opinions and a range of features. Journalism strengthens democracy. Invest in the future today.
Subscribe to News24
Related Links
Gayle: I'm the greatest batsman of all time
England unchanged for Perth Ashes Test
Future Tests: ‘Slash’ shock for Proteas
Next on Sport24
Rassie van der Dussen: You don't need a title to be a leader 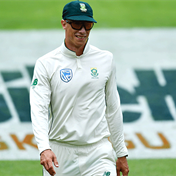