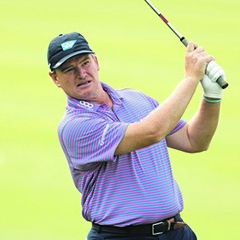 Johannesburg - Competitors in this year’s BMW Professional Golf Association (PGA) Championship will be more worried about the tricks played by the course than anything else.

The event, one of the oldest in the European Tour circuit – it was established in 1955 – will tee off at the Wentworth Club in Virginia Water in Surrey in the UK on Thursday.

What is likely to affect the concentration of the players will be the revamped west course, which will give competitors plenty of anxious moments during the event.

Because Els will be competing at the championship, it will be interesting to see how he manoeuvres his shots on a course that he had a hand in constructing.

The alterations will most likely give players the jitters during the event – all 18 holes have been stripped of the old turf and reseeded with a new creeping bent to improve the appearance and playability of the putting surfaces.

All bunkers were also redesigned and reconstructed, a factor that will make life difficult for competitors during the four-day contest.

As usual, competition is set to be intense as some of Europe’s top golfers will be out to give it their best shot, despite the expected challenges on the course.

England’s Chris Wood overcame a three-shot deficit on the final day last year to win the event by one shot over Sweden’s Rikard Karlberg. The victory made Wood €833 330 (R12.3 million) richer.

With the course having been worked on, it will depend on how Wood plays his shots on the new-look – and tougher – west course fairways if he hopes to successfully defend his title.