Long drives and rain in forecast as Masters practice opens 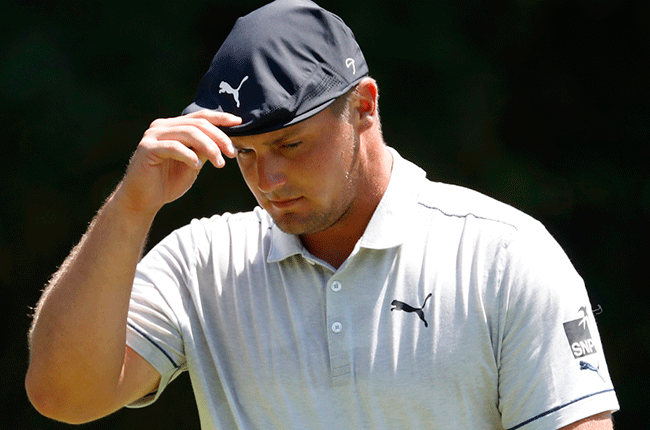 US Open champion Bryson DeChambeau reached the driving range for Monday's first official practice session of the 84th Masters with a buzz about how he might overpower Augusta National.

Past green jacket winners Phil Mickelson and Charl Schwartzel were among the early starters along with DeChambeau and Collin Morikawa, the 23-year-old American who won the PGA Championship in August for his first major victory.

For the first time in history, the Masters is taking place in November rather than its traditional April slot following disruption to the season caused by the Covid-19 pandemic.

This week's tournament will also be taking place behind closed doors, meaning no spectators will be on hand to see if DeChambeau can follow up his maiden major triumph at Winged Foot, where his big-hitting style tamed the course.

DeChambeau practiced last week with Sandy Lyle, the 1988 Masters champion, and the 62-year-old Scotsman told PGA Tour Radio what clubs the American was hitting into some of the greens.

It didn't do anything to reduce fears that DeChambeau might shatter famed Augusta National, where normal mowing heights are set for lightning-fast undulating greens and fairway unprotected by punitive deep rough.

"What he's doing is remarkable, the work that he puts in, the dedication that he has," three-time Masters winner Mickelson said of DeChambeau's game.

A worry for DeChambeau and other big-hitters was in the forecast, with rain and thunderstorms in the projections until the weekend. Soggy conditions could deny extra roll to the ball off the tee but help approaches hold onto the notoriously treacherous greens.

DeChambeau also bulked up during the three-month Covid-19 layoff that led to the Masters being postponed from its usual April date.

It became tougher to make the Masters cut Monday as Augusta National said it was ending an extension to its cut policy that allowed anyone within 10 strokes of the lead into the weekend as well as the top 50 and those level after 36 holes.

Since 1962, anyone within 10 strokes of the lead had been allowed into the third and fourth Masters rounds no matter where they ranked in the overall scoring.

Clouds, a light breeze and spring-like temperatures greeted players for practice work but spectators did not, banned under Covid-19 safety protocols.

Defending champion Tiger Woods, seeking a sixth green jacket to match the record won by Jack Nicklaus, practiced Sunday afternoon. No one has won back-to-back Masters since Woods in 2001 and 2002.

Woods, 44, is a 15-time major winner who has won 82 US PGA Tour events, level with Sam Snead for the career record.

Not only are there no spectators but there are no grandstands or boundary ropes for them, opening space in unusual places for errant approaches.

Maples and other trees add yellow, red and orange leaves to Amen Corner among the tall green Georgia pines. Camelias and nandina flowers bloom as usual instead of the azaleas and dogwoods that beautify the layout in spring.

We live in a world where facts and fiction get blurred
In times of uncertainty you need journalism you can trust. For only R75 per month, you have access to a world of in-depth analyses, investigative journalism, top opinions and a range of features. Journalism strengthens democracy. Invest in the future today.
Subscribe to News24
Related Links
Sergio Garcia to miss Masters after testing positive for coronavirus
Masters ends 10-shot extras rule regarding cut line at 50
Young star Garrick Higgo targets SA Open at Sun City
Next on Sport24
Johnson breaks a curse, Im on the rise: golf talking points