3 groupings to watch in Open Championship Round 2 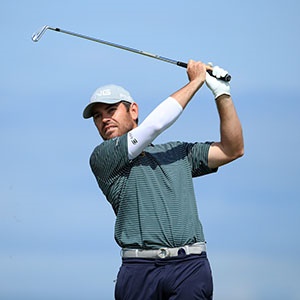 Portrush - Unheralded American JB Holmes will take a one-shot lead into the second round of the 148th British Open with a host of big names looking to make a move, while Rory McIlroy and Tiger Woods face a fight to avoid missing the cut.

A look at three groupings to watch on Friday at Royal Portrush (SA times):

- England's Fleetwood heads into the second round just two shots off the lead as he looks to mount a serious challenge at the British Open for the first time. His previous best finish in the tournament is tied-12th, but he finished runner-up to Brooks Koepka at last year's US Open. He will be hoping to put his name near the top of the leaderboard with some early birdies after a bogey-free first round of 68.

"Anytime you're going to go bogey-free, especially at a major, take it and run," he said.

World number nine Thomas is also in position to make a charge at even par, while Fleetwood's European Ryder Cup-winning teammate Olesen needs a low round at one-over.

- Like Fleetwood, world number one Koepka is at three-under as he bids to win a fifth major title. The big-hitting American was at his serene best on Thursday, seemingly strolling round in 68 as other big guns struggled.

"Every time I come over here I'm excited to play. You know you're going to deal with difficult conditions, and that's what I like," said the PGA Championship winner.

His playing partners, 2010 champion Oosthuizen and India's Sharma, are both one-under and well-placed.

- Home favourite McIlroy faces a mountainous task if he is to just make the cut after a disastrous first-round 79, which started with a quadruple bogey and ended with a triple. The four-time major champion has form around Portrush, though, having famously fired a course-record 61 at the age of just 16 in 2005. He desperately needs something similar if he is to revive his slim chances of contending for the Claret Jug on Sunday.

"I definitely think if I can put the ball in the fairway tomorrow I can shoot a good enough score to be around for the weekend," he said.

McIlroy is playing with US Open champion Gary Woodland and England's Paul Casey.

We live in a world where facts and fiction get blurred
In times of uncertainty you need journalism you can trust. For only R75 per month, you have access to a world of in-depth analyses, investigative journalism, top opinions and a range of features. Journalism strengthens democracy. Invest in the future today.
Subscribe to News24
Related Links
4 key moments from Round 1 of the Open
Father time takes hold on tame Tiger
Disastrous start leaves McIlroy fighting to make Open cut
Next on Sport24
British Open organisers announce revised qualifying format