The 149th Open Championship gets under way at Royal St George's in Sandwich, Kent on Thursday.

This year there will be 13 South Africans in the 156-man field.

The last time a South African lifted the famed Claret Jug was in 2012 when Ernie Els won by a single stroke at Royal Lytham & St Annes.

South Africa's Louis de Jager was meant to make his major debut this week but had to withdraw after testing positive for Covid-19. Els will make a history 30th Open Championship appearance in Kent this week.

It'll be Els first appearance on the main Tours as he currently competes on the PGA Tour Champions (golfers over the age of 50).

Since then, 'The Big Easy' has gone on to win two titles: the Hoag Classic and SAS Championship in 2020.

Els will get his opening round under way at 10:03 SA time on Thursday alongside American duo Gary Woodland and amateur Cole Hammer. Oosthuizen heads into the Open Championship as the top-ranked South African golfer.

The 2010 Open Championship winner has had a stellar run this year so far, securing runner-up finishes in back-to-back majors.

Last month, Oosthuizen fell agonisingly short by one-shot to Spaniard Jon Rahm for the US Open title and will be hoping to get over the line finally.

Oosthuizen's major record is impressive as he seldom misses a cut and hopes to lift that Claret Jug once again.

Oosthuizen will be in the featured group alongside reigning Open winner Shane Lowry and US Open winner Rahm at 10:58 SA time Higgo will be making his Open Championship debut after being within the top 20 of the 2021 Race to Dubai.

Higgo's achievements over the past few months have been phenomenal, claiming two European Tour titles in three weeks and going on to clinch his maiden PGA Tour title last month.

Last mother, Higgo turned heads as he came from behind to win the Palmetto Championship title at Congaree in only his second PGA Tour start.

He missed the US Open cut last month and finished T64 on his major debut at the PGA Championship.

Higgo is in another featured group alongside American duo Brooks Koepka and Jason Kokrak at 09:03 SA time. While he hasn't had quite the success of last year, Bezuidenhout continues to ply his trade on the PGA and European Tours.

In the 21 tournaments he has played this year, Bezuidenhout has made every single cut. He hopes to continue that record following missing the weekend at the 2019 Open Championship at Royal Portrush. Grace will be making his tenth Open appearance and earned his spot after winning the SA Open - an Open qualifying series event - in January 2020.

In February, Grace picked up his second PGA Tour title at the Puerto Rico Open and has only missed two cuts this whole season.

In his last three events, Grace finished fourth place at Memorial and then recorded a T7 at last month's US Open at Torrey Pines.

Grace, who made major history at Royal Birkdale in 2017 by posting the first 62, would be hoping to ride on his form this week at Royal St. George's.

Grace is in another featured pairing as he tees off in Round 1 alongside American power duo Jordan Spieth and Bryson DeChambeau at 10:25 SA time. Van Tonder will make his Open Championship debut this week, thanks to his world golf ranking.

After his T44 at the PGA Championship at Kiawah Islands, Van Tonder missed out on last month's US Open.

This year, he tasted victory when he sealed his maiden European Tour title with a playoff win at the Kenya Savannah Classic in April.

His win saw him receive his European Tour card, but he has since been plying his trade on both the Sunshine Tour and in Europe.

Van Tonder gets his opening round under way on Thursday alongside Thailand's Jazz Janewattananond and Dane amateur Christoffer Bring at 12:47 SA time May was a solid month for Burmester as he broke a four-year winning drought to clinch the Tenerife Open in Spain. He then recorded a T4 and T6 at the Canary Islands Championship and British Masters, respectively.

His success saw him break into the Top 100 and helped him secure a place at Royal St. George's.

Burmester will get Round 1 under way alongside English duo Danny Willett and amateur Laird Shepherd at 08:19 SA time. Van Rooyen will make his third Open appearance after finishing in the Top 30 in the final 2019 Race to Dubai standings.

He hasn't had the best thus far and in his last six tournaments, Van Rooyen has only managed to make one weekend cut.

However, Van Rooyen will take comfort this week in his impressive Open record thus far, making two Top 20 finishes at Carnoustie in 2018 and at Royal Portrush in 2019.

Van Rooyen will tee off at 11:42 SA time in Round 1 at alongside American duo Harris English and Chez Reavie. Frittelli will be playing in his four Open Championship and was a last-minute entry into this week.

Despite not qualifying, Frittelli was called up as one of the reserves after three players were tested positive for Covid-19 on Monday.

Frittelli hasn't had the season he would've wanted as he missed 11 cuts in 16 tournaments this year.

He will, however, take some momentum with him as he finished T46 at last month's US Open.

Frittelli will get his opening round under way alongside American Brian Harman and Canada's Mackenzie Hughes at 10:36 SA time. Norris will be making his fourth US Open appearance and earned his spot after a successful season on the Japan Golf Tour.

In May, Norris picked up his fifth Japan Golf Tour title at the Golf Partner Pro-Am Tournament.

In preparation for this week's Open, Norris has made two European Tour appearances, including a T5 finish at last month's BMW International Open.

Norris will get his opening round under way on Thursday at 15:26 SA time alongside American duo Webb Simpson and Russell Henley. 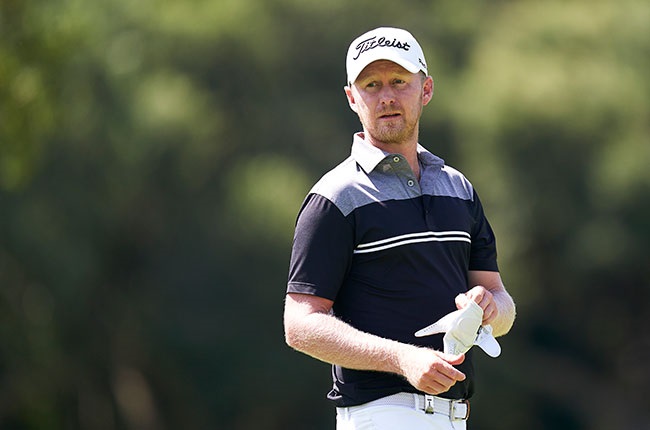 Harding will make his third Open appearance and will be playing in his only major of the year.

In March, Harding won his second European Tour title at the Kenya Open and has been putting in some good performances in Europe.

Harding will be the first South African to tee off on Thursday at 07:46 SA time alongside China's Haotong Li and American Chan Kim. Ritchie will be making his Open Championship debut and his major debut, thanks to winning the 2019 Sunshine Tour Order of Merit.

Ritchie tasted victory on the Sunshine Tour this year after winning the Cape Town Open at Royal Cape in May.

He has since gone to play on the Challenge Tour, which includes a T9 finish at last month's Challenge de Espana.

Ritchie is paired alongside Swede Alex Noren and Englishman Richard Mansell and will tee off on Thursday at 08:08 SA time. Ahlers will be making his first Major appearance in 2 years when he tees off in his second Open Championship this week.

He will make a welcome return since his missed cut at the 2009 Open Championship at Turnberry Golf Course.

Ahlers sealed his Open spot in January 2020 after finishing T4 at the SA Open.

The 38-year-old had a decent summer on the Sunshine Tour, playing in eight events and recording two runner-up finishes at March's Serengeti Pro-Am Invitational and last month's SunBet Challenge.

Ahlers will tee off on Thursday at 13:09 SA time alongside American duo Troy Merritt and Adam Long.

We live in a world where facts and fiction get blurred
In times of uncertainty you need journalism you can trust. For 14 free days, you can have access to a world of in-depth analyses, investigative journalism, top opinions and a range of features. Journalism strengthens democracy. Invest in the future today. Thereafter you will be billed R75 per month. You can cancel anytime and if you cancel within 14 days you won't be billed.
Subscribe to News24
Next on Sport24
'Great White Shark' Greg Norman plans retirement U-turn despite controversial Saudi links