Rory not resting on his laurels

Ohio - Rory McIlroy embellished his status as one of the game's best players with his wire-to-wire win at the British Open nine days ago, but has put that behind him as he strives to achieve further goals before the end of this year.

The Northern Irishman has made a habit of stringing together red-hot runs of form during his burgeoning career and has set his sights on clinching a maiden World Golf Championships crown at this week's WGC-Bridgestone Invitational in Akron, Ohio.

"I've obviously had a bit of time to reflect after the (British) Open and everything, but just decided I wanted to move on and move forward," world number two McIlroy told reporters at Firestone Country Club on Tuesday.

"There's a lot of big tournaments left this year, a lot of golf left to play and a lot of things I still want to achieve. So I definitely wasn't going to dwell on what I'd done at Hoylake (venue for the British Open).

"I want to move on and start by playing well again this week. I've never won a World Golf Championship. I've got three majors but never won one of these, so there's a lot of stuff still to play for."

Though McIlroy has suffered a few lapses in form, most notably last year when he struggled to adapt after changing his equipment manufacturer in January and having to cope with legal distractions, he has already achieved more than most of his peers.

Victories at the 2011 US Open and the 2012 PGA Championship gave him two major trophies to cherish by the age of 24 and he followed up on both successes with a stirring run of form.

"I always feel like winning a major is almost a springboard in a way," said the 25-year-old, who has already triumphed seven times on the PGA Tour. "Especially after the (2012) PGA (Championship) at Kiawah, I didn't want to rest on that. I'd already had a pretty good year, but I wanted to just keep going.

"Every time you have success, you need to reassess your goals because it's only halfway, two-thirds through the season, and a lot of the goals that I set myself for the start of the year, I've achieved already."

McIlroy said he would only be ready to savour his successes once the season was over.

"So it's a springboard. I feel like I've got a lot of momentum, and I can carry that through to the end of the year. Hopefully ride that and play some really good golf, and some golf similar to what you saw at Hoylake."

McIlroy is scheduled to tee off with American world number six Matt Kuchar in Thursday's opening round at Firestone, one of his favourite venues on the PGA Tour.

"All the players really enjoy it because of the atmosphere, because you're guaranteed four days of golf. It's on a great golf course and guys just enjoy coming here and playing. It's a good test."

We live in a world where facts and fiction get blurred
In times of uncertainty you need journalism you can trust. For only R75 per month, you have access to a world of in-depth analyses, investigative journalism, top opinions and a range of features. Journalism strengthens democracy. Invest in the future today.
Subscribe to News24
Related Links
Clark not put off by putter
Clark wins Canadian Open
McGinley pulls out of PGA
Next on Sport24
Streb holds off Kisner in playoff to win PGA Tour's RSM Classic 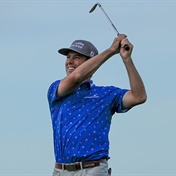