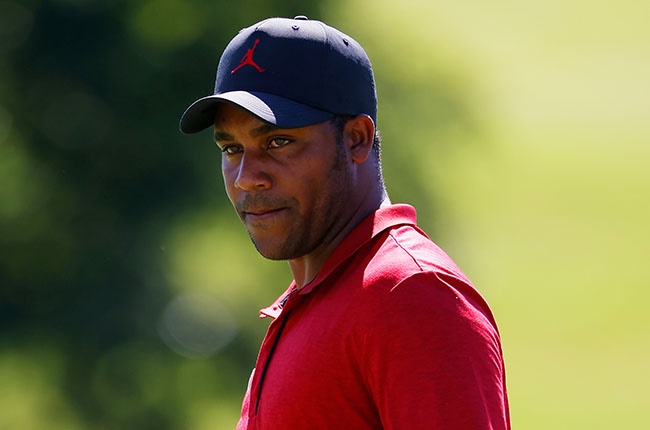 Harold Varner III of the United States looks on from the 18th green during the first round of the Charles Schwab Challenge on 11 June 2020 at Colonial Country Club in Fort Worth, Texas. (Photo by Ronald Martinez/Getty Images)
Ronald Martinez

Harold Varner fired eight birdies in shooting an eight-under par 62 that put him in a three-way tie for the first-round lead at the Wyndham Championship in Greensboro, North Carolina on Thursday.

Varner matched his career-low round on the PGA Tour and shared the lead with fellow American Tom Hoge and Canadian Roger Sloan.

All three were in the clubhouse and two strokes clear of their nearest rival - Harris English - when thunderstorms halted play for the day.

The first round was set to resume Friday morning, with round two still slated to start on schedule.

Varner, chasing his first tour title, was first in the clubhouse with a 62 that was fuelled by four straight birdies from the eighth through the 11th.

Birdies at the 13th and 15th meant a run of three birdies to the finish would give him a 59, although Varner said thoughts of golf's magic number never entered his head.

"I didn't think about it at all," Varner said. "Just trying to birdie every hole. You can go get it out here, obviously, with the scores, so I just knew that, you know, the gas pedal is on the right."

In fact, Varner parred his way in from the 15th, good enough to put him atop the leaderboard on a course just a couple hours' drive from his hometown of Gastonia, North Carolina.

He doesn't have the benefit of hometown fans this week with the PGA Tour still playing without spectators amid the coronavirus pandemic.

So a flirt with a 59 would have added some excitement on the largely quiet course.

"I wish I would have thought about it, just to get some more goosebumps," Varner said.

Hoge moved as low as nine-under after rolling in a 14-foot eagle putt at the 15th and chipping in for his seventh birdie of the day at 16. But he closed with a bogey to settle for a share of the lead.

Sloan, meanwhile, birdied six of his first eight holes before a bogey at the ninth, then picked up three more birdies coming in.

English had seven birdies and a bogey in his six-under 64 and was one stroke in front of Wesley Bryan, Brian Harman, Kim Si-woo, Patrick Reed and Chesson Hadley.

Former US Open champion Webb Simpson was two-over through four holes but roared back to head a group on 66.

"It's a golf course you can make a lot of birdies," Simpson said. "So as hard as it is in the moment, you've just got to stay patient and I did that."

Two major champions who were in contention at the PGA Championship in San Francisco last week got off to a slow start, with Brooks Koepka firing a 72 and England's Justin Rose a three-over 73.

Leading scores in Thursday's weather-disrupted first round of the PGA Tour Wyndham Championship in Greensboro, North Carolina (Round halted by thunderstorms, to resume Friday, USA unless noted, par-70):

It’s all in The Takeaway. pic.twitter.com/NeSAZzxemk

We live in a world where facts and fiction get blurred
In times of uncertainty you need journalism you can trust. For only R75 per month, you have access to a world of in-depth analyses, investigative journalism, top opinions and a range of features. Journalism strengthens democracy. Invest in the future today.
Subscribe to News24
Related Links
Brandt Snedeker tips Collin Morikawa to reach world number one
SA's Charl Schwartzel faces last chance for PGA playoff spot
EXPLAINER | Sunshine Tour's return to action rules and regulations
Next on Sport24
Ally McDonald celebrates birthday with first LPGA triumph 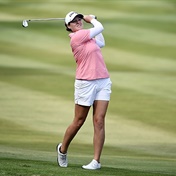