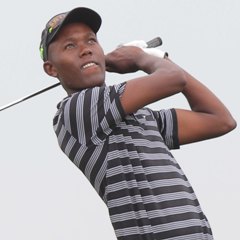 Golf - Sunshine Tour player Sipho Bujela says he has rectified his mistakes on the green and is determined to win the upcoming Sun City Challenge.

The Sunshine Tour-sanctioned event tees off at Gary Player Country Club on Wednesday with a whopping R750 000 at stake.

Bujela (27) did not play competitive golf last year because he was working at the World of Golf in Midrand, Johannesburg, as a teaching professional.

The Soweto-born golfer got back into action this year after obtaining a sponsorship.

But his golf has not always been impressive.

He failed to make the cut at the Joburg Open championship at the Royal Johannesburg & Kensington Golf Club in February.

He played for only two days and could not proceed to the next round because he did not post decent scores.

Bujela also competed at the Investec Royal Swazi Open at Swaziland’s Royal Swazi Sun Country Club in May, where he finished tied 15th.

“I’ve had a terrible a year so far because I have not been able to play straight shots and have been putting poorly,” he said.

“I hope to do well at the Sun City Challenge because my game has now improved. I’ve been consistent on the golf course for the past two weeks because my short game and driving have also been great.”

Bujela’s last notable victory was at the Big Easy Tour at Royal Johannesburg & Kensington Golf Club in July last year. His win came after a four-man play-off on the final day.

Some of the top players who have registered to compete at Sun City include defending champion Keith Horne, and big hitters George Coetzee and Titch Moore.

Horne took the honours last year, winning by five shots when he carded a final round of 64 at the Lost City Golf Course.

With this year’s showdown being staged at Gary Player Country Club, it will be interesting to see who will snatch the title.