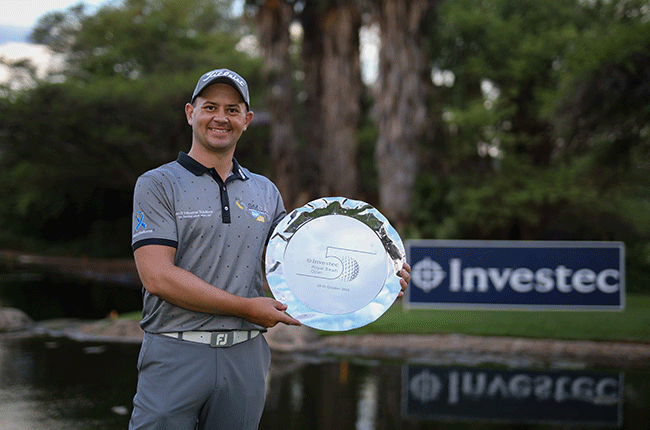 Daniel van Tonder claimed his fourth victory in his last six Sunshine Tour starts when he won the Royal Swazi Open at the Gary Player Country Club on Saturday.

And now the most dominant player on the Sunshine Tour this year has set his sights on the upcoming European Tour co-sanctioned events and the three-week run of the Joburg Open, Alfred Dunhill Championship and South African Open beginning at the end of November.

"All of my titles in my career have come on golf courses that have good greens. I do well on courses with good greens," he said.

Van Tonder completed a wire-to-wire victory in the Royal Swazi Open as he closed with a final round of 10 points under the modified stableford scoring system used for this event, giving him a winning total of 48 points.

Neil Schietekat took second place on 30 points after a final round of six points, while MJ Viljoen was third on 29 points after a closing tally of nine points.

The victory was not only another affirmation of Van Tonder's incredible form since the Tour's return after the hard lockdown, but also his second in this tournament following his win in 2014. He also won with 48 points on that occasion.

We live in a world where facts and fiction get blurred
In times of uncertainty you need journalism you can trust. For only R75 per month, you have access to a world of in-depth analyses, investigative journalism, top opinions and a range of features. Journalism strengthens democracy. Invest in the future today.
Subscribe to News24
Related Links
Brian Gay wins playoff to end PGA drought with Bermuda victory
Brilliant Shinkwin takes maiden European Tour title in Cyprus, SA's Higgo 3rd
SA's leading amateur Casey Jarvis gets Alfred Dunhill Championship nod
Next on Sport24
SA's Christiaan Bezuidenhout triumphs at Leopard Creek