Cape Town - US President Donald Trump has accepted an invitation to be honorary chairperson of the Presidents Cup.

The biannual match play event, which pits a team of 12 Americans against 12 players from around the world, excluding Europe, returns on September 26 at Liberty National Golf Club in New Jersey.

"It is a great honour for me to be even a small part of the Presidents Cup," said Trump, adding that he'd always been a fan of the competition.

"I have watched it since the very first tournament in 1994. It gets better with age. This will be the greatest of them all."

PGA Tour commissioner Jay Monahan said: "We're honoured to have President Trump join a long list of world leaders who have accepted this role, especially as we embark on our first playing in the New York Metropolitan area.

"We look forward to him being involved in the event in any capacity his schedule allows." 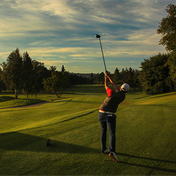