Red Bull driver Sergio Perez spent eight years with the team now branded as Aston Martin, and says he expects them to be a renewed force in 2023.

Aston Martin was formerly known as Racing Point and, before that, Force India, the latter being their incarnation when Perez joined in 2014 following one disappointing season at McLaren.

The Mexican won his only race for the Silverstone-based squad at his penultimate attempt - and after being told he would be dropped - in the 2020 Sakhir Grand Prix, finding a new home a couple of weeks later at Red Bull.

Since then, Perez has enjoyed the most productive spell of his F1 career that began in 2011, adding three more victories to his tally. 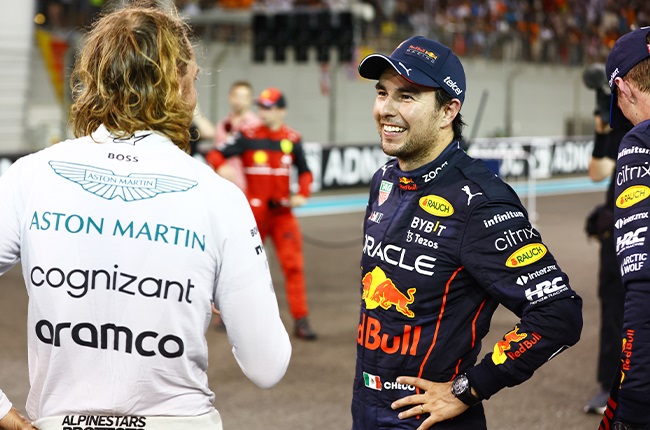 Alonso could have an impact

Next season, he expects to see significant improvement from Aston Martin, who finished a disappointing seventh in this year's Constructors' standings. The team will have Fernando Alonso on board and a car in which technical director Dan Fallows will have had a major influence for the first time.

"I think Fernando will lift the team a lot," Perez told DAZN.

"Everything I hear is that it will be a very competitive year for Aston Martin. So it would be very good for the sport and for everyone to have Fernando fighting at the front, fighting with Carlos (Sainz), with us (Red Bull)."

READ: All the Formula 1 drivers in 2022 who will race for new teams next year

Perez also reflected on his own campaign, his season reaching its highest point when he won the Monaco Grand Prix to give him hopes of being a World Championship contender - until his teammate Max Verstappen stamped his authority.

"For me, winning in Monaco was very special because winning there is pure sporting history. It is a very special moment in my career," said the 32-year-old, who helped Red Bull secure the Constructors' crown and narrowly missed out on finishing second to Verstappen in the Drivers' standings.

"We were very competitive, especially at the beginning of the season, but I had a period of a couple of races where I lost being in the fight for the championship.

"I think we learned a lot from those moments, which will make us stronger for the future because the important thing is to be able to have that consistency throughout the year to be in the fight for the championship.

"At the end of the day, you need both drivers to be consistently adding to win the Constructors' Championship, so it's been a very special year for the whole team. It's been amazing."

We live in a world where facts and fiction get blurred
In times of uncertainty you need journalism you can trust. For 14 free days, you can have access to a world of in-depth analyses, investigative journalism, top opinions and a range of features. Journalism strengthens democracy. Invest in the future today. Thereafter you will be billed R75 per month. You can cancel anytime and if you cancel within 14 days you won't be billed.
Subscribe to News24
Next on Sport
Devastating! F1 driver Charles Leclerc told he won't be Ferrari's #1 in 2023