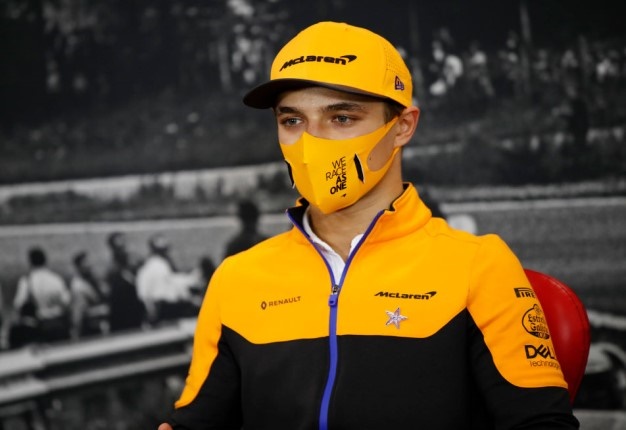 But rival British F1 driver Norris did not appear overly impressed, suggesting the 35-year-old Hamilton ought to win most of the time given how superior his Mercedes car is compared to the rest of the field.

McLaren's 20-year-old, however, backtracked on Twitter saying: "I owe an apology. I've been stupid and careless with some things I've said lately in media and interviews and, and I haven't shown the respect I should have to certain people."

He added: "I'm not that kind of person, so I know I should apologise to them but also everyone reading/listening. Sorry."

Speaking after Sunday's race, Norris was quoted by RaceFans as saying of Hamilton: "I'm just happy for him, nothing more.

"It doesn't mean anything to me really. He's in a car which should win every race, basically. He has to beat one or two other drivers, that's it. Fair play to him, he's still doing the job he has to do."

We live in a world where facts and fiction get blurred
In times of uncertainty you need journalism you can trust. For only R75 per month, you have access to a world of in-depth analyses, investigative journalism, top opinions and a range of features. Journalism strengthens democracy. Invest in the future today.
Subscribe to News24
Related Links
Hamilton record keeps 'greatest of all time' debate raging
Rosberg defeat was 'turning point' for Hamilton's rise to the top
Rosberg backs Bottas to catch Hamilton
Next on Sport24
Grosjean out of next F1 GP after escaping fiery crash