Rosberg: Hamilton has not improved in 2017 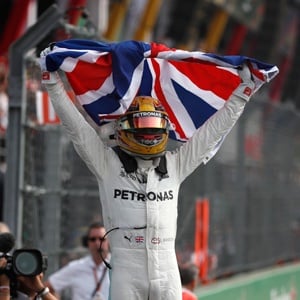 Cape Town - Nico Rosberg has disagreed with the suggestion that Lewis Hamilton has stepped up his game from their title battle in 2016 in order to clinch a fourth world championship this year.

The duo were locked in a fierce battle for the title last season with the German coming out on top, but he does not feel that has led to Hamilton becoming an improved driver for this season's title hunt.

"I know what level he was driving at last year and I'm probably the best judge of that," Rosberg told German newspaper Frankfurter Allgemeine Zeitung.

"I would say no. I don't think he could have improved.

"During the season he had his strong and weaker moments, and like I did last season, Sebastian [Vettel] tried to use those weaknesses.

"But the difference this year was that unlike in 2016, Lewis did practically all of Mercedes' wins.

"Last year we drove at such a high level throughout the season that Valtteri (Bottas) had a very difficult job to try to continue in the same way."

Rosberg is in Abu Dhabi working for German broadcaster RTL and also praised his old team for still being the team to beat despite such a drastic change in regulations.

He added: "To survive a rule change like that with such dominance is very, very rare in Formula 1. It was the next step to legendary status."

We live in a world where facts and fiction get blurred
In times of uncertainty you need journalism you can trust. For only R75 per month, you have access to a world of in-depth analyses, investigative journalism, top opinions and a range of features. Journalism strengthens democracy. Invest in the future today.
Subscribe to News24
Related Links
F1 logo set to undergo makeover for 2018
Mercedes defend F1 criticism
F1 is 'trying to kill' Max Verstappen
Next on Sport24
Rosberg defeat was 'turning point' for Hamilton's rise to the top