World champion Hamilton says he feels he is on 'another level' 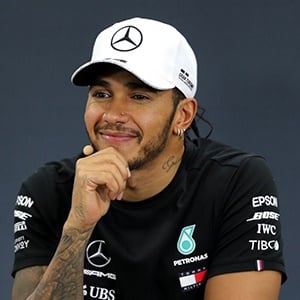 London - Lewis Hamilton has said he feels on another level ahead of the Formula One season as he attempts to equal Michael Schumacher's record haul of seven world championships.

Reigning title-holder Hamilton has spent much of the off-season in the United States but the 35-year-old British driver was back at headquarters of his Mercedes team in Northamptonshire, central England, on Wednesday.

"It has been an incredible winter," said Hamilton in an online message to his fans. "I have spent a lot of time with family and friends.

"I would say probably one of the best times has been with my dad, and secondly, the training has been different this year."

He added: "The feeling I have, both physically and mentally, is on another level compared to last year. That is a real positive.

"I know you guys are gunning for title number seven but we have to take it one step at a time.

"We have no idea where we are going to stand compared to everybody else, so we have to be more efficient in our test programme this year, particularly as we have less testing time. We still have a lot of work to do."

Hamilton's contract expires at the end of the season and he is in negotiations with Mercedes over a deal which could be worth up to £60 million a year.

He is set to drive the new Mercedes for the first time during a private team event at Northamptonshire's Silverstone track, the home of the British Grand Prix, on Friday.

Meanwhile Max Verstappen, who could be one of Hamilton's closest challengers, had a run in the Red Bull car for the upcoming season during a filming day at Silverstone on Wednesday.

Ferrari, who earlier this week launched their car for the 2020 campaign, have played down reports they are looking to bring in Hamilton, insisting they want to retain Sebastien Vettel alongside Charles Leclerc as their drivers for 2021.

Six days of official winter testing are scheduled for Barcelona. The opening race of the season, the Australian Grand Prix is on March 15.