Paris - Kenya's former athletics team manager Michael Rotich has been banned for 10 years for agreeing to provide advance notice to athletes of doping tests in exchange for money, the IAAF announced Wednesday.

Rotich was exposed by two undercover journalists from the Sunday Times in an article published in August 2016 and was sent home in disgrace from the Olympic Games in Rio which were under way at the time.

He was also provisionally banned by the IAAF from his coaching job.

In a statement Wednesday an IAAF's Ethics Board panel said Rotich had offered to warn athletes of impending tests so they could flush doping substances from their system in order to circumvent tests.

He also offered to provide excuses which athletes could use to avoid being penalised for missing tests.

"The panel reiterates that the charges which it has found to be established are serious," the statement said.

"The conduct of Major Rotich was dishonest and corrupt. He sought to undermine anti-doping controls and to obtain a personal financial benefit in doing so."

The two Sunday Times journalists posing as the sports manager and coach of a fictional British athletics team met Rotich three times in early 2016, according to the Ethics panel.

The statement said that it had found no evidence that Rotich did in fact provide advance notice of doping tests nor that he had ever received payments.

"However the panel has found that Major Rotich acted corruptly and in deliberate violation of core principles of the Code (of Ethics), it said. 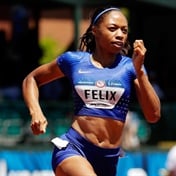