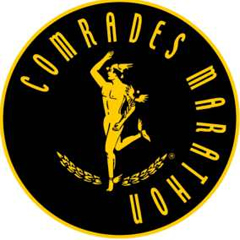 This, after the South African-specific entry cap of 25 000 was reached a short while ago, and barely three days after the entry process opened.

CMA Race Director, Rowyn James said in a press statement, "We have seen an unprecedented demand for entry into the Comrades Marathon. The rapid uptake of entries by our South African athletes has been phenomenal."

James has advised runners that no further online or walk-in entries from local athletes will be accepted, stating that the Comrades Marathon bank account has been temporarily frozen so as not to accept any further bank deposits or EFT's.

James has also confirmed that entries postmarked on Wednesday, October 30 will be accepted.

"We do regret that we cannot accept any further entries. As custodians of The Ultimate Human Race, we are obliged to protect the integrity of the event and the safety of our athletes," said James.

The race starts at the Pietermaritzburg City Hall at 05:30 and ends 12 hours later at the Moses Mabhida Stadium in Durban, covering a 90,2km distance.

This will be the 47th Down Run in Comrades history.

We live in a world where facts and fiction get blurred
In times of uncertainty you need journalism you can trust. For 14 free days, you can have access to a world of in-depth analyses, investigative journalism, top opinions and a range of features. Journalism strengthens democracy. Invest in the future today. Thereafter you will be billed R75 per month. You can cancel anytime and if you cancel within 14 days you won't be billed.
Subscribe to News24
Related Links
January date set for first IAAF corruption trial
Court overturns ban on visually impaired Irish ultra-runner
Diamond League gets second China meet
Next on Sport24
SATURDAY PROFILE | Swimming star Lara van Niekerk: 'I'm finally realising I won two gold medals'