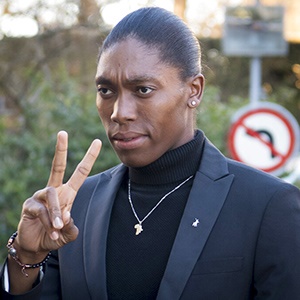 Cape Town - The International Association of Athletics Federation's (IAAF) proposed rule at the end of this month on testosterone limits for female athletes is medically unethical, a violation of human rights, and fails to recognise the evidence for natural variations in human gender, says South Africa’s professional body for psychiatry.

In a statement, the South African Society of Psychiatrists (SASOP) said gender verification technologies had revealed "a broad diversity of anatomical, genetic, and hormonal conditions that go beyond binary gender as applied in sport and make eligibility rulings based on anatomical or chromosomally assigned sex impossible".

The Court of Arbitration for Sport (CAS) is expected to rule at the end of this month on double Olympic gold medallist Caster Semenya’s challenge to the IAAF's rule change to force suppression of hyperandrogenic female athletes' naturally high testosterone levels in order to be allowed to compete.

SASOP spokesperson Dr Anusha Lachman believes that the IAAF stance has contributed to discrimination and stigma attached to naturally occurring differences in gender and sexual identity, sexual development and orientation.

"Such discrimination deprives people with differences in sexual development (DSD) of their basic human rights, limiting them in achieving personal, social and occupational fulfilment, and can lead to their marginalisation from society," said Lachman.

"The IAAF rule is being imposed on questionable grounds of 'health' and has no basis in scientific fact. Forcing athletes to medically alter naturally occurring hormones ignores the potential negative consequences on their physical and mental health, and is an invasion of their privacy and right to dignity."

We live in a world where facts and fiction get blurred
In times of uncertainty you need journalism you can trust. For only R75 per month, you have access to a world of in-depth analyses, investigative journalism, top opinions and a range of features. Journalism strengthens democracy. Invest in the future today.
Subscribe to News24
Related Links
ASA left red-faced after latest EPG transformation findings
Visser eyes long jump title in Germiston
Male participant dies at Two Oceans Marathon
Next on Sport24
Athletics coach Salazar loses CAS appeal against suspension: reports

Choose your newsletters
Voting Booth
With the Springboks losing their last two matches against Australia, how concerned are you?
Please select an option Oops! Something went wrong, please try again later.
Very concerned! Something is not right ...
59% - 1734 votes
I'm not worried. Every team has a bad game. The Boks will bounce back.
17% - 507 votes
It's too early to tell. Let's see how they go against the All Blacks.
24% - 722 votes
Previous Results
Showmax
How Jurgen Klopp saved Liverpool