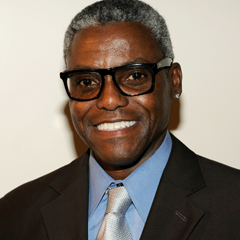 "We have a president who is racist and a misogynist, who doesn’t value anybody but himself," said Lewis, who was asked to weigh in on the issue of gender equality in sport.

"My mother was a pioneer. My parents were teachers and they taught us that everyone deserves the same opportunities," said Lewis, who counts nine Olympic gold medals among his 10 total.

"Of course I'm for (equal pay) in athletics. We shouldn't even be talking about it.

"We have to fight for people's rights and love each other."

He will be in Lima until Sunday, when the Pan American Games athletics competition ends, and will present the 100m and long jump medals.

We live in a world where facts and fiction get blurred
In times of uncertainty you need journalism you can trust. For only R75 per month, you have access to a world of in-depth analyses, investigative journalism, top opinions and a range of features. Journalism strengthens democracy. Invest in the future today.
Subscribe to News24
Related Links
World-beating hurdler Pearson retires over injuries
Cape Town Marathon announces best-ever line-up
Caster to miss world champs after Swiss court ruling
Next on Sport24
Kipchoge shows Olympic form with Enschede marathon win