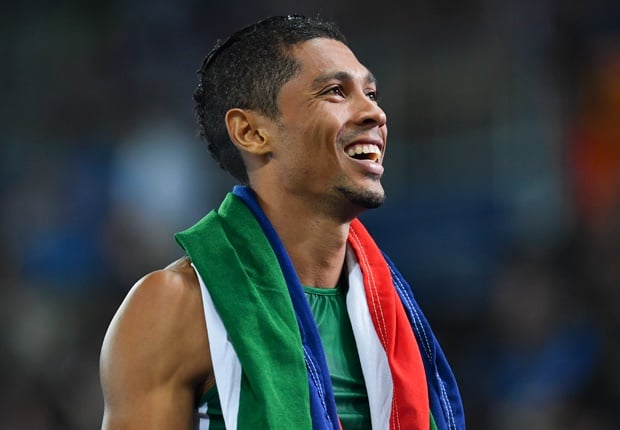 Wayde van Niekerk continued his return to the track following his lengthy injury layoff with a win in a 400m event in Potchefstroom on Tuesday.

Van Niekerk, who slipped at the start after a starting block broke, had to come from behind to win in 45.89 seconds.

The Olympic champion took to Twitter after the race to say that he wasn't satisfied with his time.

"Far from satisfied with tonight's performance, but a lot closer to where I want to be. It will come together at the perfect time," wrote Van Niekerk on the social media platform.

Van Niekerk holds the world record for the 400m event with a time of 43.03 seconds.

In April this year, he told the Olympic Channel that he hoped to run below 43 seconds.

"I am hungrier than before," he said.

"I still believe I can go sub-43. I can go way better than what I have in 100m and 200m, that’s where my mind was before the injury and that's where my mind is at for the future."

Far from satisfied with tonight's performance, but a lot closer to where I want to be. It will come together at the perfect time.

We live in a world where facts and fiction get blurred
In times of uncertainty you need journalism you can trust. For only R75 per month, you have access to a world of in-depth analyses, investigative journalism, top opinions and a range of features. Journalism strengthens democracy. Invest in the future today.
Subscribe to News24
Related Links
Wayde van Niekerk returns to track in Potch
2021 Boston Marathon moved from April slot over virus concerns
World 100m champion Coleman handed two-year ban, to miss Olympics
Next on Sport24
Wayde van Niekerk returns to track in Potch