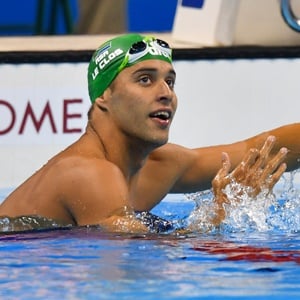 Swimming in the second semi-final, Le Clos touched the wall in 23.53, while compatriot Ryan Coetzee finished second in 23.79 in what proved to be the joint-second fastest overall time.

In the first semi-final, Brad Tandy finished sixth in 24:35 and missed out on a spot in the final.

The race was thrown wide open after the disqualification of favourite, England's Ben Proud, in the heats.