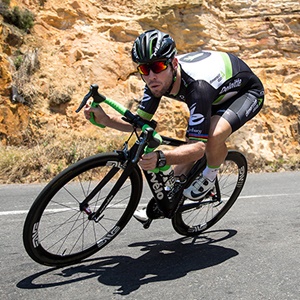 Cape Town - The 2016 cycling season concluded a couple of weeks ago and once again it has been an incredibly successful one for Africa’s leading professional cycling team.

Based out of Johannesburg, Dimension Data for Qhubeka managed to win 32 races this year, while climbing the podium more than 70 times.

Five stage wins, a "yellow“ and "Green Jersey“ at the Tour de France were also among the achievements as was the team’s first ever win in a special category at a Grand Tour, taking home the "Best Climber“ classification of the Vuelta a Espana.

Staying at The Cullinan hotel in Cape Town, Dimension Data for Qhubeka is currently preparing for the upcoming season in the Western Cape. It is the first time the 2017 team meets. Over the last few days the riders went out on several training rides and spent some time with its main sponsors Dimension Data, Deloitte and Cervélo, to name a few.

Earlier on Thursday the team presented itself to the public at the scenic Cape Town Waterfront. In an engaging event all 28 riders were introduced to fans and media. Led by Mark Cavendish, Omar Fraile, and Daniel Teklehaimanot the team also revealed its fresh new look.

In recent years the 5-finger-salute has become synonymous with our African team. The hand will once again feature on the back of the jersey. However, the jersey also reveals 28 smaller hands. Subtly printed on the green livery they symbolise the children who receive help through the way how our 28 riders are racing, through the amount of awareness they are able to raise for Qhubeka and through their way of competing at the highest level of our sport. During this week's training camp each of the riders will personally give a child a Qhubeka bike at a distribution ceremony, thus offering a direct link. Furthermore, the team will also be echoing Qhubeka’s new call to action #DoYourPart, an innovative way to contribute to the charity. Supporters can now fund single parts or a complete bike to help mobilising people in Africa. To find out more, go to doyourpart.qhubeka.org.

Mark Cavendish, Rider, Team Dimension Data for Qhubeka: "We had some incredible success this year. The amount of exposure that we got for Qhubeka was beyond of what we could have imagined, stepping up to the World Tour. That’s what we want to build on to do more. We want to do more together as a team, with our partners and fans and raise more than the 5 000 bikes that we raised this year.“

Douglas Ryder, Team Principal, Team Dimension Data for Qhubeka: "2016 was a year that fulfilled many dreams and out-performed our expectations as a team, with our partners and the Qhubeka charity. Our goal for 2017 is to be even better together, better in the way we integrate as team mates, better with our partners and better connected to our fans. With this team of incredible individuals we look forward to building on our successes of this year.“

Dimension Data for Qhubeka will take on the 2017 season with riders from 12 different nations. Once again the team will race ambitiously as it has set itself some serious goals.

Racing to race awareness for the Qhubeka charity, the following 28 riders will sport the colors of the African team: