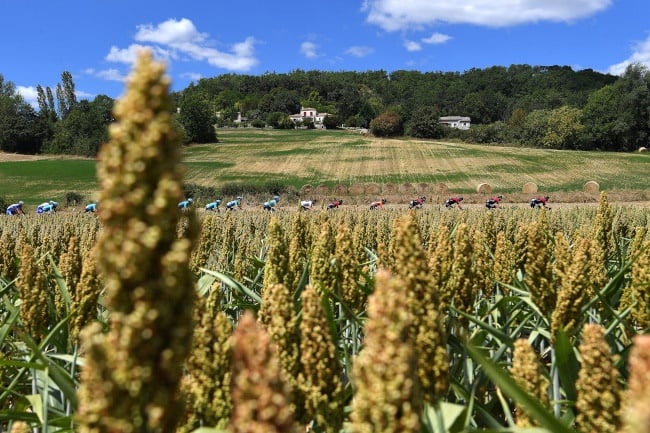 Team Sunweb's Kelderman finished the stage in second position behind British winner Tao Geoghegan Hart to flex his muscles going into the final week of racing.

Geoghegan Hart soloed to victory after a tough final climb to the summit of the Piancavallo ski resort in north-eastern Italy to give his Team Ineos a fifth stage win.

Almeida, mouth open on the final climb as he gasped for breath, battled to fourth, 37sec adrift of the Englishman, to keep the pink jersey he has worn since stage three.

But Kelderman closed to just 15 seconds behind the Deceuninck-Quick Step rider, who had had a lead of nearly one-minute going into the stage, with the race finishing in Milan on October 25.

"It was a very hard stage, the three riders on the front on the final climb were too fast for me," said Almeida.

"I know my body and my limits, so I had to drop back. I'm happy to have managed to save the Maglia Rosa, once again thanks to my team."

The Giro returned to altitude after leaving the Rivolto Air Base in Udine, covering 185km before the final gruelling climb to Piancavallo in the Friulian Dolomites.

It was the third stage win in four days for Ineos after losing Welsh team leader Geraint Thomas after stage four with a broken pelvis.

Geoghegan Hart crossed the line alone 2sec ahead of Team Sunweb duo Kelderman and Australian Jai Hindley, who had set the pace in the final kilometres, third at 4sec.

"I can't believe it, we have had a really tough Giro to date after losing Geraint Thomas, but this team is extraordinary and we are all showing what we're capable of stage by stage," said the 25-year-old from London.

Geoghegan Hart moves up to fourth overall, but over three minutes behind Almeida.

The younger riders outpaced the 30-somethings in the peloton on the slope towards Piancavallo, at 1290 metres altitude.

Fuglsang and Nibali, both aged 35 years, dropped over a minute and a half on Kelderman, after a stage which on paper should have suited them.

Two-time winner Nibali, the only competitor left who has won a Grand Tour, was also hit by teammate Gianluca Brambilla's withdrawal on Sunday, a day after team climb specialist Giulio Ciccone.

The 'Shark' now has only four Trek-Segafredo team-mates left before the final days in the mountains, with Monday's rest day a welcome break.

Tuesday's undulating 16th stage covers 225km from Udine, on the border with Slovenia, through the Julian Pre-Alps with a final circuit around Daniele del Friuli.

Results and standings after the 15th stage of the Giro d'Italia on Sunday, over 185km from the Rivolto Air Base in Udine to the Piancavallo ski resort: