London - British cycling great Chris Froome is determined to bid for a record-equalling fifth Tour de France crown next year after the horrific injuries he suffered in a crash ruled him out of this year's edition.

The 34-year-old Kenya-born rider - whose Ineos team-mate Egon Bernal won the world's greatest cycling race last month - says he is ahead of schedule in recovering from the accident in France on June 12 in which he broke his neck, femur, elbow, hip and ribs.

Froome, who is undergoing three to four hours of physio and two hours of exercises a day, told Team Ineos in his first interview since the accident - which occurred when he took one hand off the handlebars to blow his nose - strange as it sounded his injuries could have been far worse.

"It's safe to say I'm ahead of all the predictions made initially of how long it would take," he said.

"The news from the surgeon when he said I could make a full recovery and there's nothing stopping me - that's all I wanted to hear at that point.

"From then, everything was so positive. I was incredibly lucky not to be more seriously injured."

Froome, who has seven Grand Tour victories to his name (two Vuelta and one Giro being the others), said all he was targetting was being alongside his team-mates at next year's Tour de France.

"For me the underlying goal is to get to the start line in 2020 and be at a similar or better position than I was this year," he said.

"That's what is driving me at the moment."

Froome, who will have strong competition from within the team as to who is team leader next year with both Bernal and 2018 winner Geraint Thomas likely to be lining up, said his initial thought after coming off his bike was would he be fit for this year's Tour de France.

"I can remember lying on the ground and the first responders coming over to me," said Froome.

"My coach Tim Kerrison, Garry Blem, my mechanic, and Servais Knaven, my director, were all in the car behind me.

"I can remember speaking to them and my first question was 'can I get back on my bike' and 'am I going to be alright for the Tour de France?'.

"They very quickly put that out of my mind. They made it very clear that I wasn't moving anywhere and I should lie still and that I wouldn't be carrying on the rest of the race (Criterium du Dauphine a key prep race for the Tour)."

Froome, who admitted he could "barely breathe after undergoing surgery", said he found it tough to come to terms with his emotions the day after the accident.

"It was scary when I came round the morning after the operation and felt how hopeless I was lying in that bed," he said.

"Just 24 hours previously I had hoped to win the Dauphine and it was polar opposites. It was quite hard coming to terms with that."

Froome says the wave of sympathy for him has also been a factor in his desire to return to the fray and bid for the yellow jersey once more.

"It's been incredible the number of messages I've received in hospital, at home and throughout the Tour de France," he said.

"It's been amazing and just really heartwarming and motivational for me to see how much I've been missed in the race this year.

"It's motivation for me to want to get back there in the future." 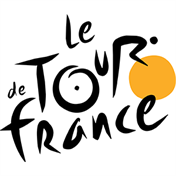