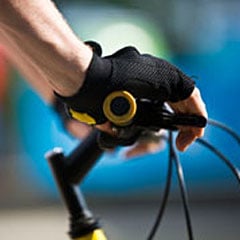 Paris - French cyclist Jimmy Turgis on Monday announced his retirement due to a heart complaint, just 16 months after his brother Tanguy was forced to stop for the same reason.

"I have a heart condition which gets worse with intense physical effort so it's impossible for me to carry on at the top level," the 28-year-old said.

"At the end of 2019 some tests revealed a heart rhythm disorder. After more extensive tests, the results left no room for doubt," he added in a statement issued by his B&B Hotels team.

The same condition led to younger brother Tanguy's retirement at only 19 after becoming the first teenager in over 50 years to finish the Paris-Roubaix cycling classic.

Now 21, Tanguy works as a sports director for the second tier VCP Loudeac.

A third brother, 25-year-old Anthony, rides in the elite level Total-DE team and completed the Tour de France in both 2018 and 2019.