The Tour is saved, but coronavirus has changed the cycling landscape The rescheduling of the Tour de France to start on 29 August has given cycling a major shake up.

We look at some of the issues created by the new-look season:

With professional cycling team chiefs sounding like prophets of doom in the run up to Wednesday's rescheduling, a collective sigh of relief can be breathed by everyone if current plans pan out. Not only has the Tour been assured with its massive advertising revenue, the UCI has announced they plan to reschedule the Giro d'Italia and the Vuelta a Espana. So fears of sweeping team collapses and unemployed riders and technical staff can be allayed for now.

Tour de France chief Christian Prudhomme says the surprisingly late date for the rescheduled Grand Boucle was aimed at "getting as far away from the pandemic as possible". Social distancing is a thorny issue for the bigger cycling races that attract vast crowds. Moving the Tour out of the summer holiday period will help, but does not solve coronavirus concerns. "It's mainly outside the school holidays, but it will still be a huge popular success," Prudhomme told AFP on Wednesday. There are four weekends on a Tour de France so the usual 12 million roadside fans may still show up.

The road race world championships maintain their 20-27 September slot at Aigle-Martigny in Switzerland. That means the event starts the same day the Tour de France finishes. Australia's Rohan Dennis is the double defending world champion time-triallist. But the time-trial is currently set for the opening Sunday. Surely this will now be reset. Dennis's powerful motor would be key to Ineos at the Tour de France. Other prime contenders for the relatively flat world time-trial race would be Tom Dumoulin and Primoz Roglic, both slated to race the Tour.

The world road race will be run over a mountainous course a week after the chief protagonists cross the Tour de France finish line on the Champs-Elysees. That is to say the riders who peaked in week three of the Tour will get a second bite of the cherry if they failed to podium at the Tour. The Martigny course would suit not only Chris Froome and Egan Bernal of Ineos, but all climbers as the 19km circuit around which it is raced features a 4km climb at 10.4 percent.

An 3 October start date has been bandied about in Italy for the rescheduled Giro meaning just a two week gap between it and the Tour de France, ruling out the possibility of a double. The Giro being raced in October instead of May would mean it is raced in similar changeable, rainy and potentially cold weather. These conditions make the three-week Giro tricky to survive for riders such as Froome, who attest to disliking the cold. A Vuelta in November would be colder than usual too, a Grand Tour has never before been raced so late in the year, taking the discipline into uncharted territory.

For the blood and thunder fans of the brutal one day races and the followers of Peter Sagan, Mathieu van der Poel and Wout van Aert the rescheduling of the one day races is just as important as the staging of the Grand Tours. Not as vital economically as the Tour, but just as popular for the purists. The Monuments, the very long classics, and the top one-day races will all take place in the autumn now. But what does that mean to the riders who contend for victory? Will they now cause havoc attacking from distance during the Tour de France? For Olympic champion Greg Van Avermaet, "to have just competed in a Grand Tour is going to help to become strong in the one day classics". 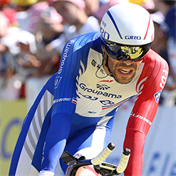