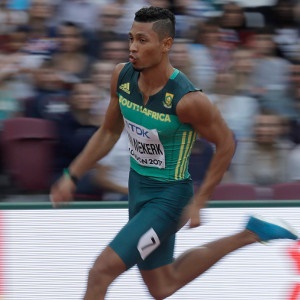 Cape Town - Wayde van Niekerk gave an emotional interview as he reflected on his week at the IAAF World Championships in London, England.

Van Niekerk finished just off the pace of Turkey's Ramil Guliyev to claim a silver medal in the 200m final in a time of 20.09.

Van Niekerk broke down in tears as he reflected on his week, which saw the South African retain his title and win gold in the men's 400m.

"It was really a massive roller coaster for me, this competition," an emotional Van Niekerk told the BBC.

"I didn't just celebrate the medal I got tonight, it was more of a celebration of the competition overall.

"Coming away with two medals, both a good colour - gold and silver - I think it's great for my career and another moment to be grateful for."

Wayde van Niekerk gave an emotional interview as he reflected on his brilliant week at #London2017. pic.twitter.com/HiMIP9W7t7

We live in a world where facts and fiction get blurred
In times of uncertainty you need journalism you can trust. For 14 free days, you can have access to a world of in-depth analyses, investigative journalism, top opinions and a range of features. Journalism strengthens democracy. Invest in the future today. Thereafter you will be billed R75 per month. You can cancel anytime and if you cancel within 14 days you won't be billed.
Subscribe to News24
Related Links
Wayde 'grateful' for bagging silver and gold
So close as Wayde's 200m/400m gold dream ends
Norovirus continues to plague world champs
Next on Sport24
Sports minister hails Team SA on World Champs