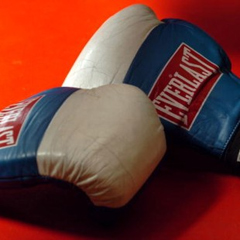 Martinez was backed by the home Spanish crowd at Esperanza Lag Pavilion. He attacked relentlessly from the start against Mathebula, a former world champion, until the South African couldn't continue.

Martinez recorded his 30th win, including 22 knockouts, to go with four defeats.

In August, Martinez upset Jhonatan Romero of Colombia in Atlantic City to claim the title. This was the Spaniard's first title defense.