Mayweather tops the list for the second year in a row with the majority of his $300 million in earnings over the past 12 months coming from his May mega-fight with Pacquiao.

Thanks to his take from the fight, Pacquiao is second on the list released on Wednesday with $160 million in earnings, joining Mayweather and Tiger Woods as the only sportsmen to earn nine figures in a 12-month period.

The highest-grossing fight in history, which generated $400 million in US revenue, accounts for much of the $460 million earnings increase on the 2015 list, Forbes said.

According to the financial magazine's calculations - which take into account salaries, bonuses, prize money, appearance fees and estimated licensing and endorsement income - the top 100 earned a total of $3.2 billion over the last 12 months.

Woods remains in the top 10 at number nine ($50.6 million), despite the decline in his game that has seen his world ranking slide to 181.

The 14-time major champion's old rival Phil Mickelson is the highest-paid golfer at eighth ($50.8 million) -- with reigning world number one Rory McIlroy of Northern Ireland coming in at 12th.

Once again, Russian tennis star Maria Sharapova is the highest woman on the list at 26 -- with total earnings of $29.7 million.

Related Links
Khan calls out Mayweather
Becker to seek British citizenship
How much is Jack Warner worth?
Share
Next on Sport24
Washington Redskins confirm name to be changed 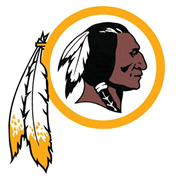