London - Australian mariner Wendy Tuck became the first female skipper to win the Clipper Round The World yacht race when the 11 month marathon finished where it started in Liverpool on Saturday.

The 53-year-old - who like the other skippers is a professional yachtswoman but in charge of amateur crews - totalled 143 overall points in her boat Sanya Serenity Coast over the eight leg race covering 40 000 nautical miles in what was the 11th edition of the biennial race.

"I hate banging on about women," Tuck told The Daily Telegraph.

Tuck added she was experiencing "a bit of shock, disbelief, joy, sadness - you name that emotion, I'm probably feeling it right now".

"When we set out as a team we wanted to finish on the podium or the top four, and then to win and to find out the other result as well," said Tuck.

"I didn't even think about that (being the first woman to skipper the victor), it wasn't on the radar at the start all," she said.

Tuck edged out another female skipper Britain's Nikki Henderson, who made her own history in being  at 25 the youngest ever captain in the race, who totalled 139 points.

The previous youngest skipper to compete was Alex Thomson, who at the age of 26 led a team to win the Clipper Round The World race in 1998.

"We didn't get the win but I am so proud of how my team dug deep and kept fighting right until the end," said Henderson, who is the daughter of a Conservative Party lawmaker Anne Milton.

Her mother, father and brother were in Liverpool to greet her after her gruelling voyage.

"I am so young, and I think I have come on such a journey, I feel like a different person to the person that left last year," Henderson told Press Association Sport.

"It will stand out forever, it is the hardest and most rewarding thing - to date anyway."

Sports Minister Tracey Crouch was also there - she was due to present the trophy - admitting she had kept a close eye on the race as like Henderson's mother she is a Conservative lawmaker and Mrs Milton is "an incredibly proud mum".

"I think that what we have had is two phenomenal women in what has been, in the past, a male-dominated sport, who will actually, hopefully, go on and inspire other women to get involved with sailing," Crouch told the Press Association.

Robin Knox-Johnston, co-founder of the Clipper Race and the first person to sail solo and non-stop around the world, said it was a momentous day for sailing.

"It is not just this race, it is any around-the-world race - it is the first time ever a female has won," he said.

"It is bigger than people think. The fact we have first and second with both lady skippers is quite remarkable."

This edition of the race did not pass off without its share of incident and tragedy.

In November the Greenings yacht, one of 12 which originally left Liverpool, ran aground off the coast of South Africa forcing the vessel to be withdrawn due to damage.

And in the same month 60-year-old retired English solicitor Simon Speirs was killed when he was swept overboard on the leg from South Africa to Australia while racing on board the GREAT Britain yacht.

He had been on the foredeck of the vessel to help change a sail when the incident happened.

Speirs became separated from the boat which was in the Southern Ocean, in what were rough seas with 20 knots of wind and gusts at 40.

An investigation into why his tether failed to keep him attached to the boat is currently under way. 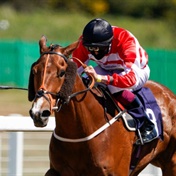