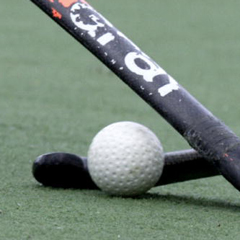 The International Hockey Federation has extended the term of its Indian president Narinder Batra because the coronavirus pandemic means no vote can be held.

FIH bosses were to meet in New Delhi in October to elect a president but the global pandemic has forced the postponement of the meeting until at least May next, the FIH said.

"The exact date will be confirmed as soon as possible," the world body said in a statement.

"Despite the current challenging times for most organisations, FIH has kept working hard to pursue its mission of developing hockey worldwide," said Batra.

"I'm looking forward to the numerous tournaments and competitions ahead of us, which we are preparing with full dedication and passion," added Batra.

Batra became FIH president in November 2016. As head of world hockey, chief of the Indian Olympic Association (IOA) and a member of the International Olympic Committee (IOC) he has become one of Asia's most powerful sports leaders.

We live in a world where facts and fiction get blurred
In times of uncertainty you need journalism you can trust. For only R75 per month, you have access to a world of in-depth analyses, investigative journalism, top opinions and a range of features. Journalism strengthens democracy. Invest in the future today.
Subscribe to News24
Related Links
NHL tells players to self-quarantine through April 30
Completing NHL season 'may not be possible'
Czech ice hockey great Zabrodsky dies at 97
Next on Sport24
ESPN ready to kick off 2021 with NFL, NBA, Eredivisie, and Scottish Premiership